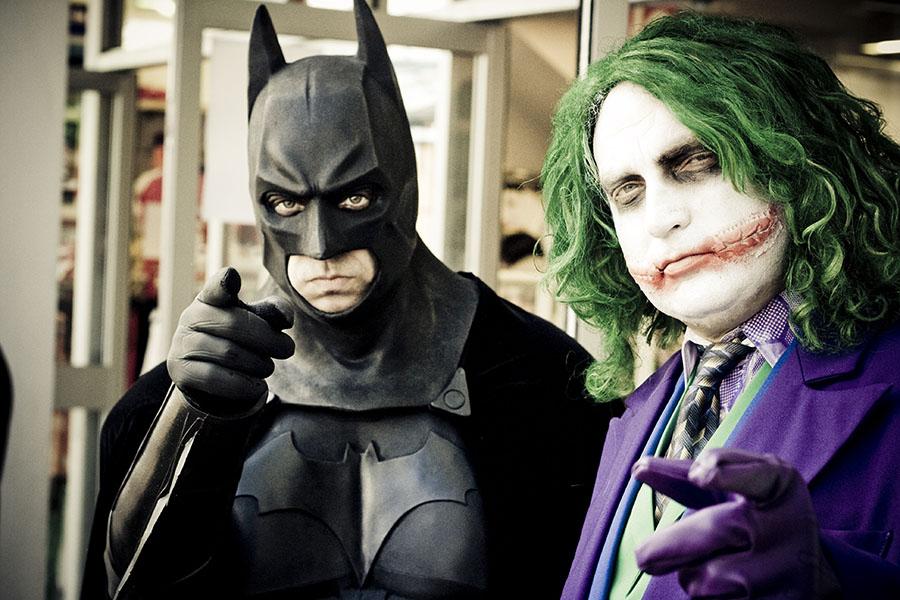 Batman With the Joker. Even though (spoiler alert) Joker died in the last game.

We all know the classic comic book icons Marvel and D.C comics. You would literally have to be living under a rock not to know what these companies are. With so many movies, books, and practically everything under our sun, we love our super heroes. But being the go-getter that I am, I decided to do a poll of what, by the fans, is most popular: Marvel or D.C. But first, a bit of history; D.C. was first seen in 1934. At first, they only published mystery stories until they created their first hero, Superman. Three years later, another super hero joined the club known as Batman. Soon, D.C. became one of the most popular faces in comic book history. Marvel was founded in 1939 and their first hero, or rather, group, was the Fantastic Four. Soon the Marvel universe was given the likes of the X-men and the Avengers. So both are full of awesome and cool history. After asking 115 students at our school, this was the result:

And if I’m being honest, I’m actually kind of shocked. Now don’t get me wrong, I love both of the companies, but I was really thinking that Marvel would win. With all of their movies out and doing great at the box office, why did D.C. win.

“Because it’s darker and realistic,” sophomore Jahred Cleveland said. “D.C. has more of a more realistic way of looking at things that the characters are easier to relate to.”

My final thoughts: I’m glad that D.C. won. I grew up with it more than I did Marvel, and my favorite super hero when I was a kid was Batman (I know, original). I like Marvel, too but, like a lot of people, I just have more of a bigger connection to D.C. My next poll I will do will be the end of me: Star Wars VS Star Trek.