May the Fourth be with you 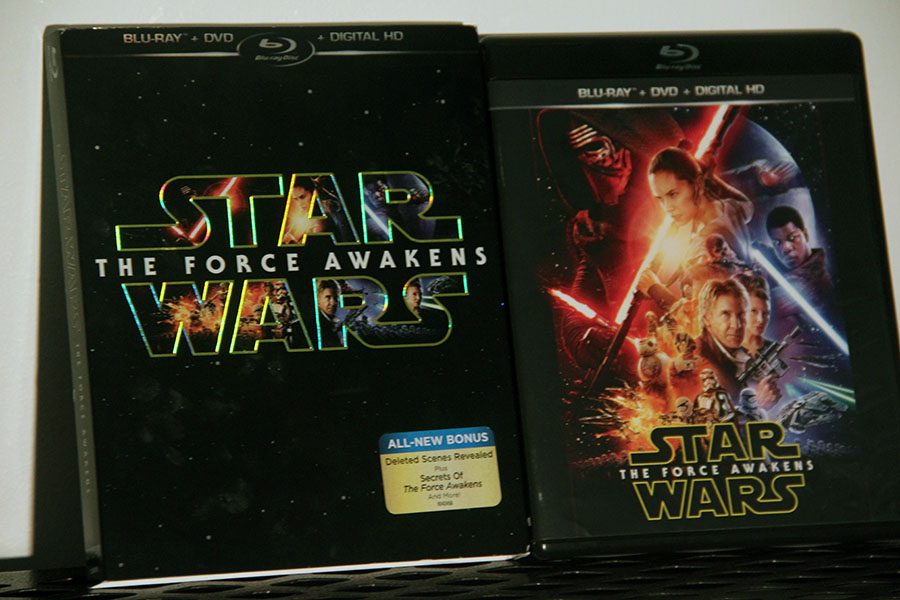 Movie case and sleeve for the new film The Force Awakens. This was one of the highest grossing films of all times and very anticipated by fans.

Star Wars is one of the most loved movie series of all time. Starting out with A New Hope in 1977, Star Wars has captured the hearts of millions of people all across the world for decades. With seven films already out and the latest one, The Force Awakens being the highest grossing film of all time, the franchise is stronger than ever. The first ever National Star Wars Day was on 2011, May 4.

The date of this holiday is a play on words from the famous line “May the force be with you,” which was originally said by Obi-Wan Kenobi, but many characters like Han Solo and Luke Skywalker have said it as well. The quote for the holiday is “May the fourth be with you.” Even though the holiday wasn’t created or denied by George Lucas, the creator of Star Wars, many fans across the world consider it a holiday.

Fans have different ways of celebrating. It could be just wearing a shirt showing a person’s love for the series, watching the latest one to come out, or even watching all of them in one day.

“Star Wars has had a powerful impact on not only my life, but millions,” junior Mark Grissom said. “It has defined a generation of people and film and having a day to celebrate the franchise is really something for fans to enjoy.”

Last year, Lucasfilms threw a giant party for millions of fans in preparation for the brand new film that would come out that year. The entire cast showed up to celebrate with all the fans. The day showed fans what they wanted to see and more. Regarded by most Star Wars fans as one of the best star wars celebrations ever.

“It’s amazing how the fans have made this a real thing,” said junior Michael Montoya. “ It really shows the power of these films and what it means to people.”

No matter how people celebrate this day, it’s all because of the fans that this is possible. May the Fourth be with all star wars fans.