These are the bizarre inventions 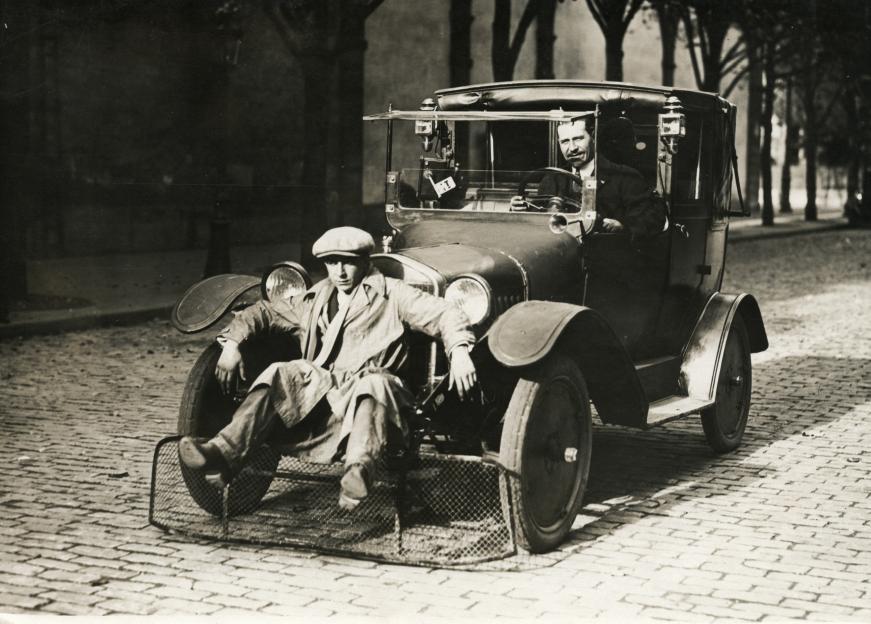 A car with a shovel for pedestrians. It never took off, but it's be interesting to see if it did.

Inventions have made life so much easier. We can get to destinations faster with cars, we can make bread crispy with toasters, and we can communicate to the other side of the world with phones. We’re not here to talk about those. No, we’re going to be talking about the bizarre ones, the ones that made you tilt your head in awe. I found ten for this such occasion.

10. Car with Shovel for Pedestrians
Cars are relatively safe now, safer than they were decades ago. But someone in France decided to reduce pedestrian car accidents by placing a shovel on the front of the car, to scoop them up without hurting them. It never took off, but if it did people would probably be getting free rides instead of either getting their own car or legging it.

9. Revolver Camera
If there’s one thing guns and cameras have in common is that they can shoot people. In completely different ways to be sure, but the comparison is there so why not mix the two? What gets made is a Revolver Camera, where pulling the trigger will take a photo of the person it’s pointed at. Illegal now, yes, but when it was made in the 1930s, not by a long shot.

8. Gas Resistant Stroller
World War II was very hard on many countries, one of those being England. They faced bombs from Germany and many more, but if they ever got a gas attack, their babies would be saved. Created in the late 1930s, this coffin with wheels looking thing protected the child from toxious gasses with a lack of style, but when its wartime, anything is preferable to death.

7. Foot Powered Bike
A foot powered bike sounds a bit odd. You use your feet to use pedals on a bike so it’s technically foot powered. But with this bike there is no pedals, simply wheels and your feet. Kinda defeats the purpose of a bike, but its good as a gag gift.

6. Cupmen
Ramen noodles is a life source for college students and is fairly quick to make with a low price. Making it with a cup can be challenging as the time has to be checked constantly before you can see if it’s ready to eat. With Cupmen, that is a thing of the past. You put a Cupmen on your cup and when it’s ready to eat, it falls off. Simple and weird, but effective.

5. Hamster Powered Paper Shredder
Paper shredders are pretty useful, but they can take up a bit of electricity, so why not use hamsters? They’ll run in a ball and boom, the paper is in shreds.

4. Rolling Bench
Sitting down on a wet bench is the worst. Your pants get all wet and maybe dirty if there’s dirt on the bench, but with this weird invention from South Korea, all you need to do is roll the bench like a window and now you have a dry bench to sit on.

2. Reddi Bacon
To me, bacon is an awesome breakfast item, and with Reddi Bacon from the 1950s, they can be cooked just like Pop-Tarts. Whether they’ll taste good or not is unknown, but at least that’s pretty cool.

1. Baby Mops
When a baby is in the household, the mother/father never has enough time to clean the house on top of the kid. But if they put mop hair on the baby, they can clean the house while giving the baby a good time. Good job mom!