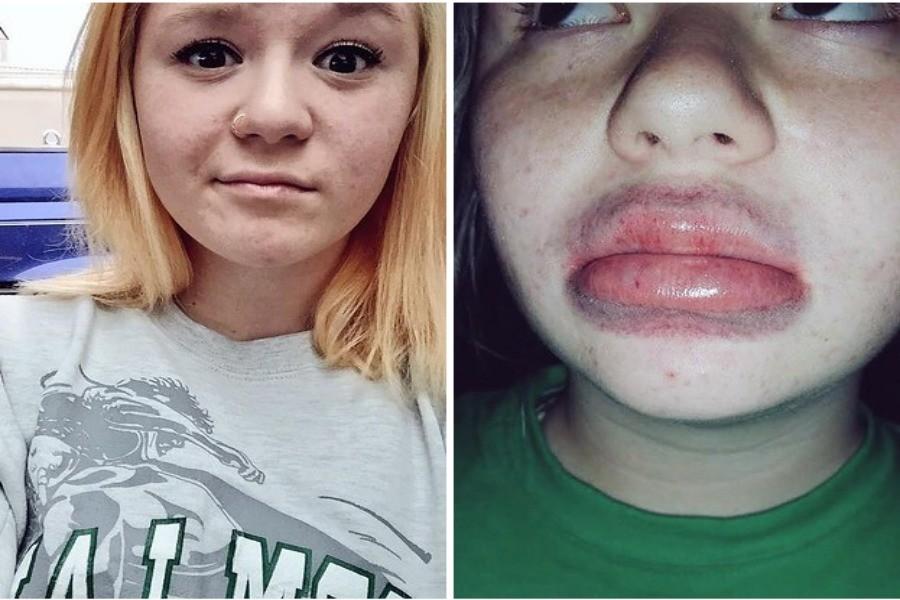 A common result of the Kylie Jenner Challenge

A new Internet sensation has taken off that leaves teens with bruised and swollen lips. By taking the “Kylie Jenner Challenge”, teenagers attempt to copy Jenner’s plump lips; it’s done by suctioning with a bottle, shot glass or a jar.

What most teenagers don’t know though, is that along with your kisser looking very unpleasant, this “challenge” is also very dangerous.  On Tuesday, Dr. Andrew Salzberg, an associate professor of plastic surgery, told CBS News that this “beauty technique” has the potential to cause problems such as micro-trauma to the vessels of the lips, scarring, and hematoma, which can cause disfigurement or deformities to the lips.

Back in 2014, Jenner’s lips were talked about a lot online, and she tweeted then that she was growing bored of the commotion. She posted, “How long are we gonna talk about this lip thing,” and “Just talk about something new at least. I’m bored.” Well, Jenner is getting the exact opposite of what she wanted due to this internet trend taking off as quickly as it did.

Doctors advise that people don’t attempt to do this “challenge” because of the physical damage it can cause. Although this trend is just meant to make fun of Jenner, people/young girls should just be themselves and not fall victim to the latest internet trend because “it looks fun.” This particular internet trend will probably die down within a few days, but it shouldn’t be practiced by anybody who doesn’t want disfigured lips or permanent bruising around their mouth, especially those who look up to the reality TV star. Teenagers should just be themselves, you are the best you that you can be.