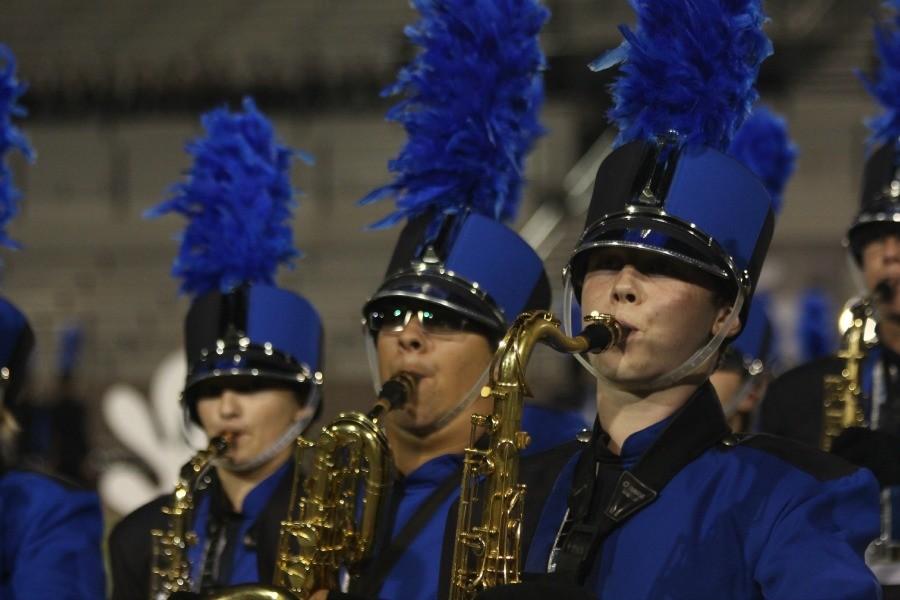 Emotions ran high after the band heard the results.

“It was both exciting and nerve-racking,” freshman Stacy De Gorostiza said. “Prelims made me extremely nervous but finals had me all hyped up and ready to have my best run. Overall, my first competition is something I’ll remember for years to come.”

Following the announcement, the band performed an encore of their show.

“My favorite part of the night was the encore because by the time we got to that first hit I started silently crying,” De Gorostiza said. “Getting to that hit made me remember our first time playing this show and how far we’ve come. It brought on so much nostalgia.”

For some upperclassmen, there was a different vibe going into the performance than last year.

“It was different because I knew that us doing well last year wasn’t a fluke,” senior drum major Lilian Pham said. “Hard work actually pays off. It’s not just luck. It also felt really different than a few years ago because I hear about how our shows leave an impact on people and how much they love it.”

Pham also shared how it felt being declared the champions of that night.

“It was quite a shock considering that we didn’t win any captions,” Pham said. “It felt really great to have our hard work be recognized and to have the results reflect how proud we were of our performance.”

Director of bands Robert Selaiden had a special message for his students after the encore.

“My favorite part of the night was when Selaiden held up the trophy while we were all grouped together and told us that it didn’t matter,” Pham said. “Our results weren’t important. It was how great we felt performing, how much we’ve learned, and how much hard work we’ve put in that really counts.”

Bands of America is an organization dating back to 1975 that sets up and promotes marching band competitions for high school students. The band will be also participate in the Super Regional contest in San Antonio, Texas at the Alamodome on October 31st and November 1st.