Winners will move on to a competition with other LISD schools 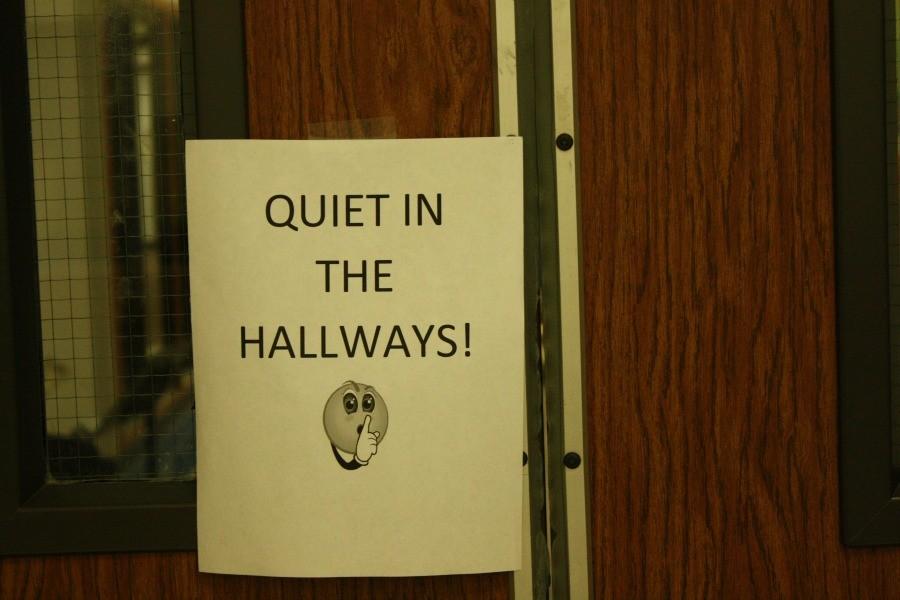 A sign directors posted in the hallways in order to keep the noise down while students played their solos and ensembles.

Students of the band program took part of a Solo and Ensemble contest known as the Young Artists’ Competition last Saturday, March 12th. It is a contest that the entire district is taking a part of though the one held at Leander was for it’s band students only. People who win their room will be taking part of the competition on a district level.

“I did [UIL] freshman year,” junior Darion Montez said. “I liked this event more because there was a lot less pressure and I didn’t feel as rushed.”

Students have to do both a solo and an ensemble for the competition. Solos are picked out while ensembles are picked by directors, both the piece and who is in the ensemble.

“I was more prepared for the solo because I had more time to work with it while the ensemble was more difficult to prepare due to having to schedule times and days that everyone in the ensemble could rehearse,” Montez said.

However, he does have criticisms with his performance.

“I feel like I could have done better, but with the time I had to work with while juggling around school and concert band, I’m satisfied with my performance,” Montez said.

The scores for the solos and ensembles range from a one to a five, a one being the highest.

“I think I did well. Not great or perfect but pretty good,” junior Kimberly Maynard said. “I think I was pretty prepared for the competition since I practiced often for it.”

She also expressed her opinion on the Young Artists’ Competition.

“I liked it better than UIL because I know everyone there and I don’t have to worry about finding the location,” Maynard said.