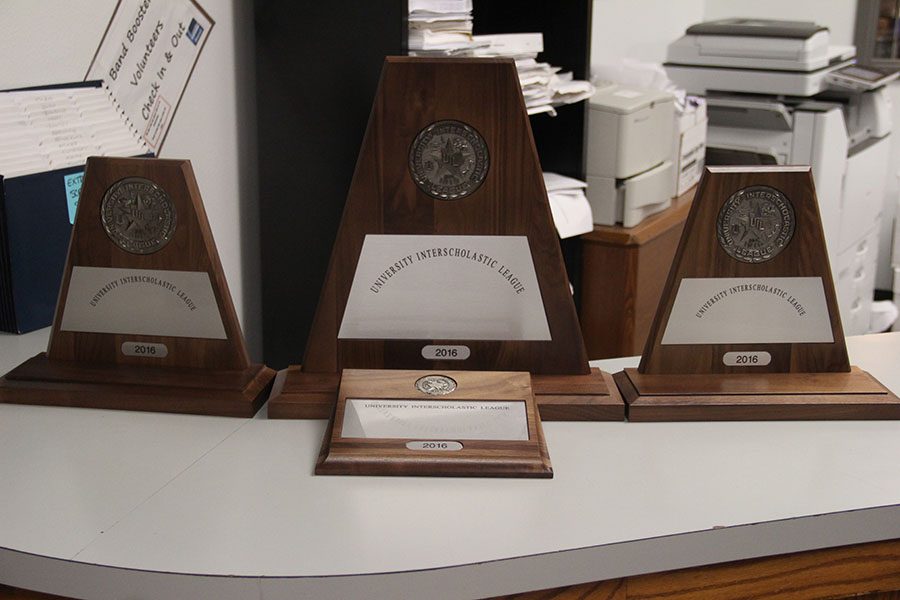 “It feels like all the work was worth it,” sophomore Adrian Trevino said. “Because of all the time and crap we put into it, all the hours of hearing our director it was nice to know that we were done and we did it the best we could.”

For Trevino, the difficulty wasn’t the hurdle to overcome.

“It wasn’t hard work, it was more tedious work,” Trevino said. “All of the fundamentals and warm ups we had to go through to prepare ourselves for the music was tedious.”

The Wind Ensemble band received a sweepstakes last Tuesday, which is gained by getting straight ones in both concert and sight reading.

“It feels so amazing and rewarding to get ones because all of the hard work finally pays off,” junior Mitchell Vehlewald said.

Vehlewald shared his thoughts on preparing for the competition.

“Yes [it was difficult to prepare for UIL],” Vehlewald said “It was a lot of nitty gritty tedious work on very specific difficult parts of the music.”

That’s not to say there wasn’t good times with the work.

“Shostakovich Symphony No. 5 Finale was my favorite piece because it’s such a famous piece that revolutionized so much,” Vehlewald said. “It was such a big deal at the time and it’s an amazing piece that was an honor to play.”