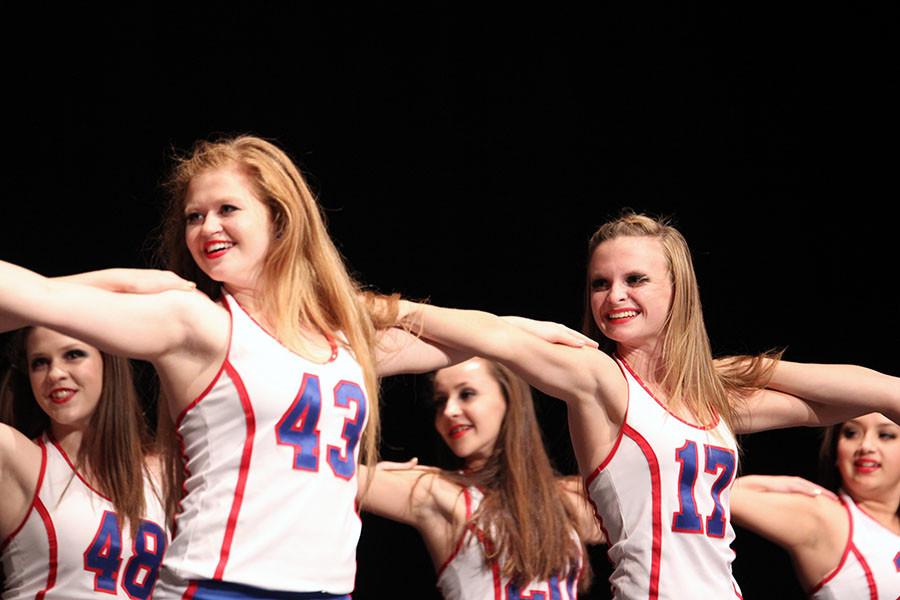 When full, the AT&T stadium can hold 80,00 people, and in previous years the stadium has been filled on all sides. Dancing for the Spurs is one of the Blue Belles bigger events of the year, simply because of the amount of people in the crowd.

“We had seats that were up top [last year] but you could see everything and there’s so many people there,” Senior Lindsay Harris said. “It was cool to be in such a big arena. It’s kind of intimidating, but if you think about it Blue Belles perform in front of thousands of people in their entire Blue Belle career. A big crowd is just even more motivation to do well.”

The Blue Belles are dancing to the song Live it Up, choreographed by captain Kourtnie Labay.

“It’s a pom routine,” Harris said. “It’s a combination of stuff that we did in our intro and on the football field, and it’s supposed to be an entertaining showcase of the Blue Belles and it shows off everything we can do.”