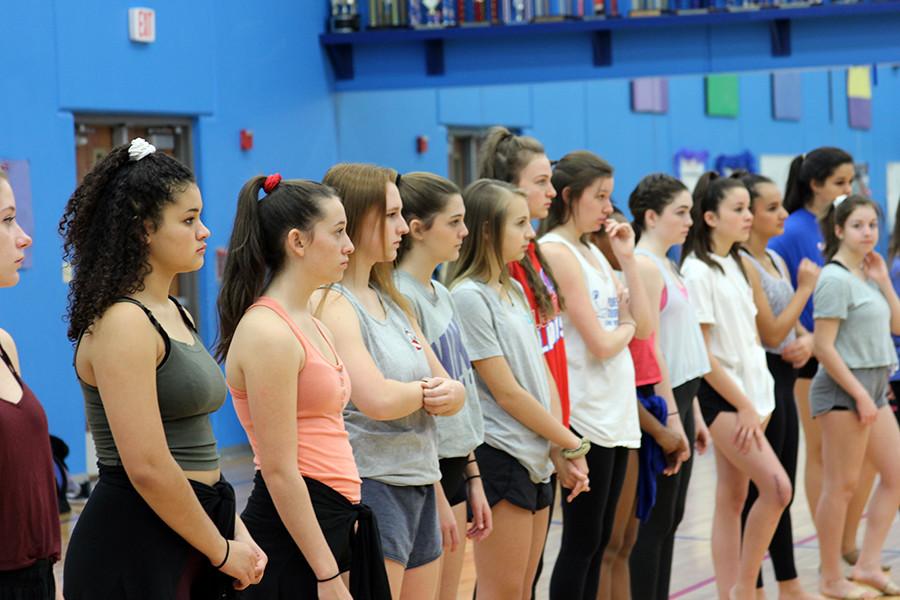 Blue Belles at the workshop in the dance room. The Blue Belles also learned some new routines for the Christmas show.

The Blue Belles held their holiday workshop for kids interested in dance. The workshop allowed girls of different age groups to dance, and learn new routines alongside Blue Belles.

“The overall purpose of the workshop is to allow other people to have more opportunities to dance in the show,” senior Paige Hoelscher said. “They could come and learn dances and dance with us, and be in more routines for our holiday show.”

At the workshop, the Blue Belles split up into teams to teach different groups of people to dance. Each group had a different leader, and Blue Belles in one group even learned some new routines. The goal of the workshop was to give girls an opportunity to learn routines alongside Blue Belles.

“To give other girls a bigger chance to dance in our show, and more opportunities, and also to make our show longer,” Hoelscher said.

The workshop begins holiday show preparation for the Blue Belles to prepare for their holiday show on December 5 when they will also hold a clinic, and any girls who take part in the clinic will also dance in the show at 7 p.m.

“The workshop was for our Christmas show in December, and grades 4th-12th had the choice of which styles of dance they wanted to learn,” sophomore Jenna Abadie said. “Which they would later be able to perform in the show.”