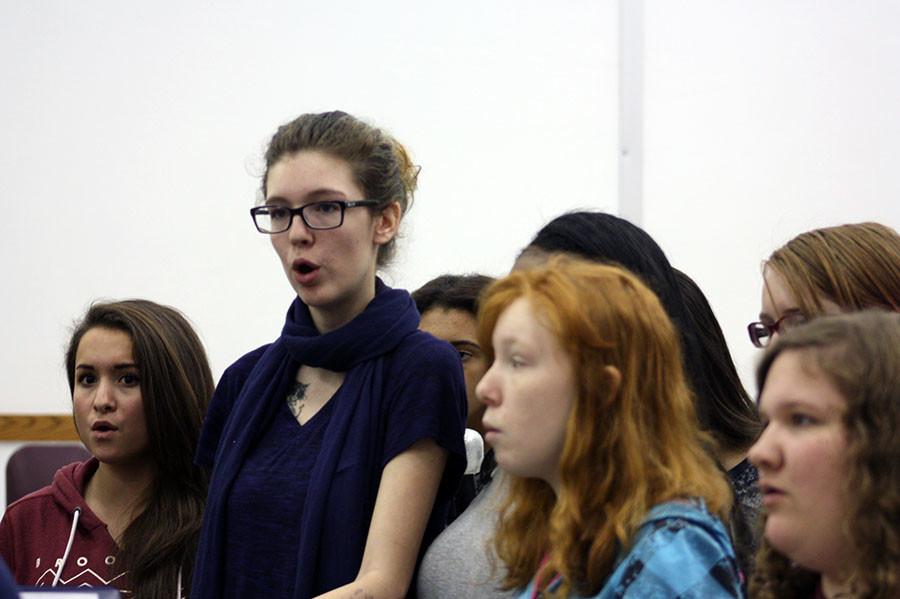 Mr. Wiley plans to have Region mandatory for lionheart choir next year. This may also apply to varsity women's choir.

Choir students are given the opportunity to expand their abilities and perform with a group of people from different parts of the state by participating in Region competition. Many singers from the Lionheart choir did well such as sopranos sophomore Kate Wells and senior Sarah Yeager, altos junior Victoria Phipps and senior Katie Ramsey , tenors junior Victor Carrillo and freshman Victor Covington, and bass Senior Efrain “EJ” Olivo. Each o

“It’s very taxing since you only have a little while from the start of school till the first district competition,” Olivo said. “It’s very stressful knowing that you need to get ready real fast, get all your music situated, and make it sound musical.”

There were four songs that the students had to learn.The judges pick only two of the songs and even then, they sing only a couple measures of the piece. In order to do well the students have to know their songs thoroughly.

Some students chose to go to an All State camp over the summer. Different universities host camps that prepare students for Regions and give them a head start on their music. Director Mr. Wiley also held a camp for choir a couple weeks before school started to allow students to get to know each other and learn some of the Region music.

“I went to UTSA All State choir camp and it was about four days,” Olivo said. “You’d wake up at 7, go sing for the entire day, have your lunch break, go back to singing, and then go back to the dorm to sleep. It was a very fun four days. It was a very great experience just meeting people and just seeing all the greatness that’s around you.”

Olivo dedicated three days out of the week to practice his music for at least an hour.

“It helps you in a lot of aspects as a person,” Olivo said. “One being time management. You need to be able to keep up with your school work on top of everything else that a teenager deals with. It’s also very intellectually taxing because not all the songs are in english, they’re very difficult songs. So you need to make sure that your brain is always working throughout them and it just helps students overcome. It sets a bar for them and it challenges them to reach it.“

Mr. Wiley plans to have it mandatory next year for Lionheart singers to participate in Regions. This may also apply to varsity women’s choirs as well.

“Doing a region choir, you are provided with really good vocal models from soprano one to bass two,” Mr. Wiley said. “Without having an idea as to what a choral musician should sound like, this is another way for me to get the kids to get better at their craft.”