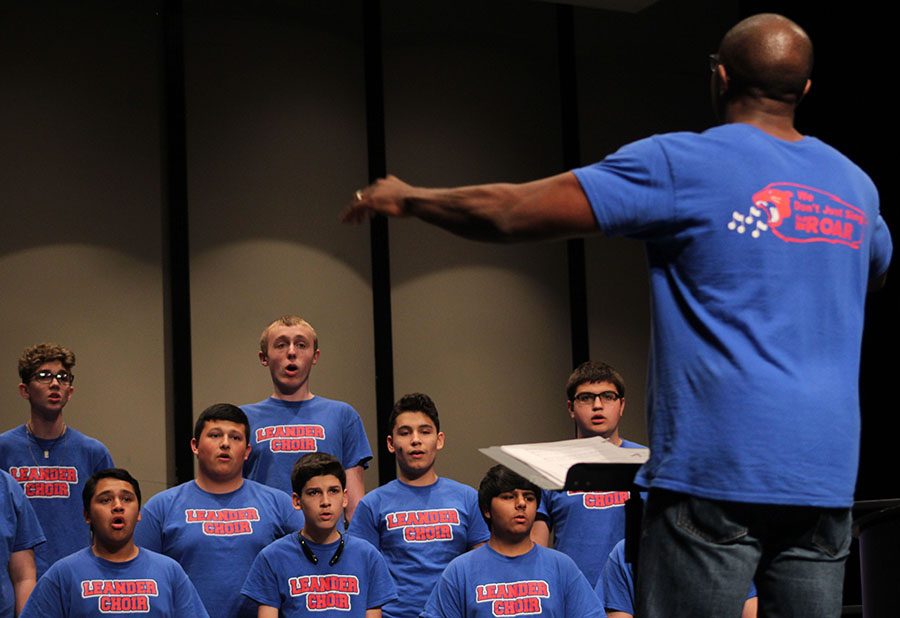 The last concert that choir had was Pre-UIL. This concert will be the last performance of the year.

Every year, choir performs to popular tunes as a break from the strict music of UIL. The songs chosen are choreographed and may be anything from pop to rock to R&B. Along with the songs that director Mr. Wiley chooses, students are allowed to audition for solos. Students may sing by themselves or in groups and must submit a form telling what song they are singing, the lyrics, and whether they have an accompanist or a recording of the instrumental.

“I feel like solos are a great opportunity for students to sing the works of other artists while still adding their own flair to the piece,” Senior Kevin Nguyen. “This also lets students find their voice.”

Mr. Wiley and Mrs. Williams have arranged a competition between the guys and girls. Each will perform and once the audience has voted on which performance they liked the most, the losing director will be pied in the face. The choir president, junior Victor Carillo and vice president junior Madeleine Phillips are also participating in the pieing.

“I think it’s exciting and gives us incentive to work really hard,” junior Jasmine Dorsey said. “Its also really funny because Maddie and Victor are dating and they have to work against each other.”

For many students, this is their last time singing. Whether it’s a scheduling conflict or graduation, students reflect on what they will miss.

“It’s like leaving part of my family,” senior Efrain Olivo. “All these people have become very close to me and choir was one of the first places I felt comfortable at Leander. It’s just bittersweet to leave.”

The concert will be held on Friday, May 27th in the PAC. The concert starts at 7:00.

“The spring concert is going to be amazing,” Mr. Wiley said. “It’s going to be the most entertaining concert the Leander choir has put on in years. The competition between the guys and girls is palpable, everybody is excited. The fact that we’ve got Dr. Spicer joining us on stage is gonna be great.”