One Act fails to advance at district 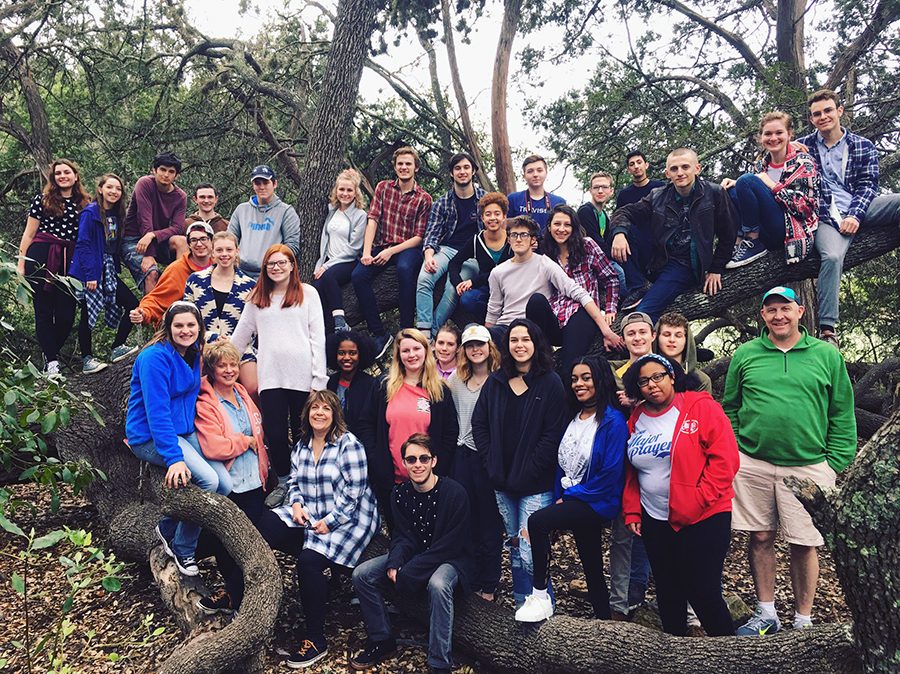 Before competition, the One Act cast and crew prepared by going on their annual retreat, 'Cabin.' At this retreat, they ran extensive rehearsals to better the show.

This years UIL One Act Play, ‘One Flew Over the Cuckoo’s Nest’, performed at their district competition on March 22. The competed against six other schools, and came in fourth overall. They will be the alternate school if one of the three advancing schools is unable to make it to the bi-district competitions.

“Leading up to our performance at district, our show had it’s ups and downs,” senior Austin Graham said. “However, in that final performance, we made outstanding connections, and beautifully created the world of ‘One Flew Over the Cuckoo’s Nest.’ “

Several of the cast and crew members won awards. Senior Halani Harber was placed on the honor tech crew for her work with projections. Senior Cullan Payne was awarded Honorable Mention Cast, and senior Matthew Kennedy was awarded All Star Cast.

“I believe that the performance we had a competition was the best performance we could have given,” Payne said. “The cast and crew were working together to create a piece of art, and I feel that we conveyed that piece to the audience very well.’

The theatre department will now begin work on their senior directed productions, which will be performed in May. Senior students in the class will be able to take charge of a play of their choosing, with an ensemble and crew made up of underclassmen who auditioned for their production.

“I was sad at first about the outcome but I know that myself and the company did the best that we could and I wouldn’t change our show for anything,” Harber said. “We will continue to improve and keep moving forward.”