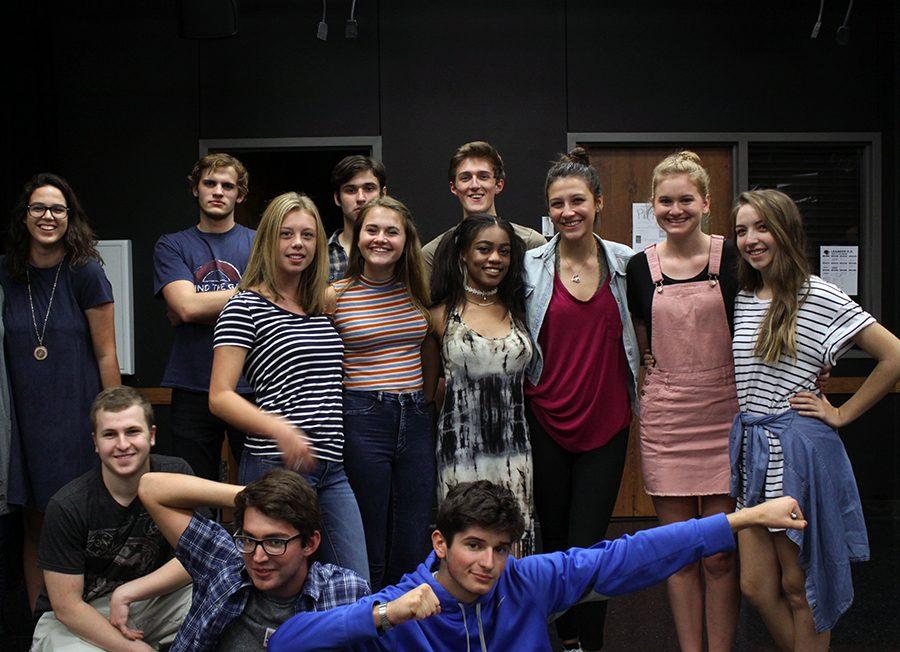 The cast of Big Love poses in the theatre room following the first rehersal. The cast will rehearse nearly every week until the show is performed on Mondays, Tuesdays, and Thursdays.

The auditions for this year’s fall show, Big Love, took place this past Thursday. The cast list was posted the following Friday morning. Big Love is a play based on The Suppliant Women by Aeschylus. Both plays follow a group of sisters fleeing an arranged marriage with their cousins.

“[The show] is very exciting,” sophomore Harley Frias said. “The show’s message of love represents that love cannot be forced, and it has to be something you choose.”

“I really like how I’m only a sophomore and getting a lead role,” Pizer said. “It makes me more confident with myself as an actress, as there’s a lot of great actors and actresses in the department this year.”

“I feel like it’s an opportunity to branch out beyond characters I have played before,” Payne said. “Constantine is a character that I feel I don’t really relate to, which makes it an interesting character to dive into and explore.”

“I can’t wait to kick off the theatre year with a light hearted show,” Hays said. “ [It] is also gonna be a great way to integrate the new underclassmen.”

The play will be performed on October 12-15 at either 6:30 or 7 PM each night in the little theater. It will be a dessert theater, with the audience being waited on by the students in the advanced freshman and advanced productions classes.

“It’s a very strange show but I know we’re going to have a lot of fun with it,” Davila said. “I’m really mostly excited to see people act that I haven’t before. We have a lot of good talent that just entered the department and I’m prepared to be amazed by them.”