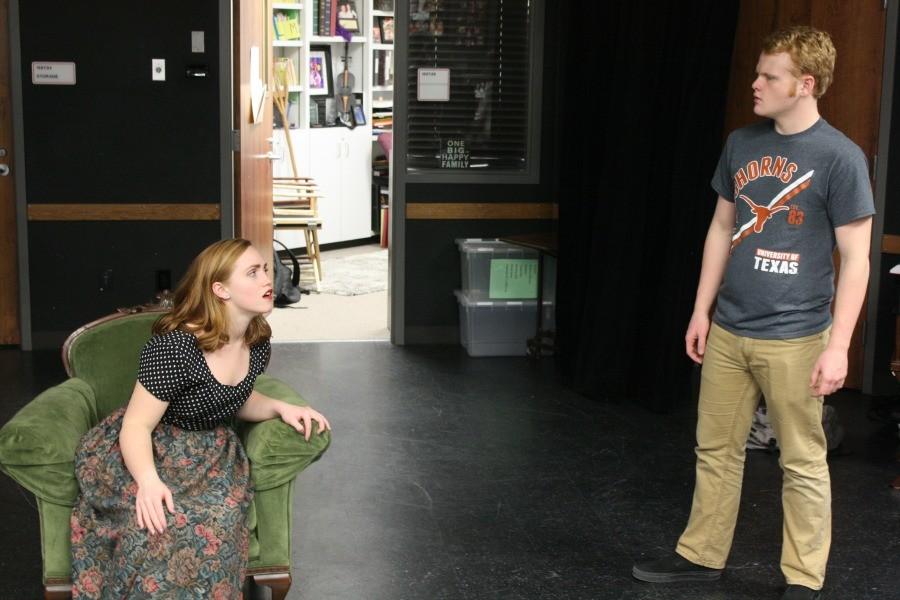 Not very long after the Theatre Department’s production of How to Succeed in Business Without Really Trying, they have already begun rehearsing for the annual One Act Play, the UIL competition play. They will have a public performance on March 24 and their first competition on March 28. This year’s show will be The 39 Steps, originally written by Simon Corble and adapted in 2005 by Patrick Barlow.

“Yes, I’m very excited to be in the One Act Play this year,” senior Zane Hudson said. “I’ve done it all 4 years, I acted in the last two. It’s always the absolute best part of the year and it’s when we all get the closest as the Theatre Department. It’s just a very positive time.”

The OAP is the more serious and intense show the department puts on throughout the year. After casting, the actors spend three days a week after school rehearsing and have whole days dedicated to practice.

“It’s all my memories of high school,” Hudson said. “I don’t really think about classes or all that. It’s always about shows and the one show that sticks out is our One Act. It’s the traveling around, it’s the spring break cabin trip that we have, it’s all that and that’s what I’m gonna remember in the future when I think back to high school.”

Theatre Department director Linda Major has been teaching theatre at LHS since 1982 and has won many awards for her One Act Plays.

“I’m extremely excited to be directing the 39 steps,” Major said. “It’s very new and abstract. I love that it combines Alfred Hitchcock and Monty Python.”

Throughout the year, the department has three main shows they focus on: fall show at the beginning of the year, the musical in the winter, and the OAP in the spring; each with a different purpose and meaning.