“The Hollow” Invites You for a Night of Mystery 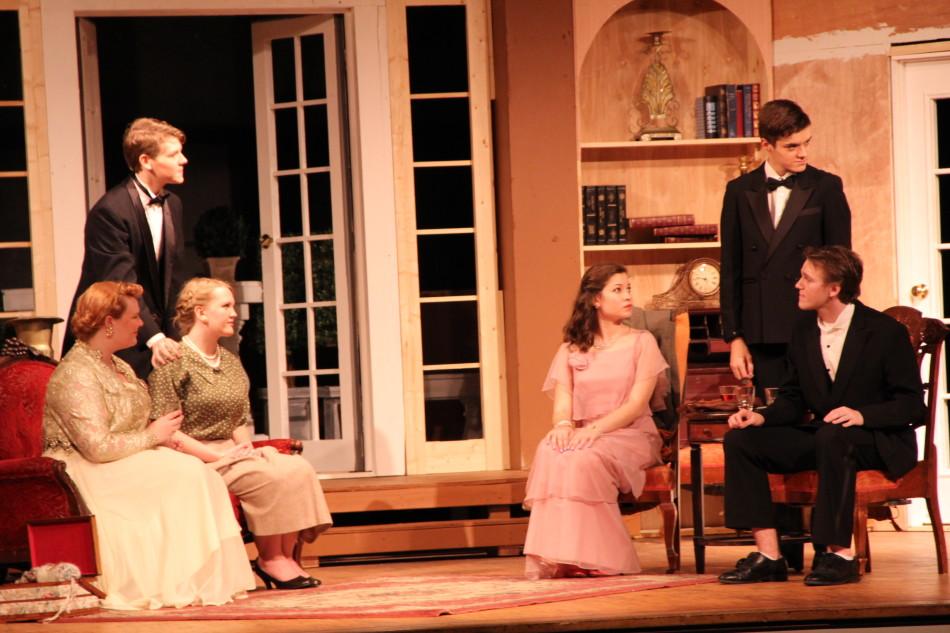 The Theater Department’s Fall Production show is The Hollow by Agatha Christie.

Over the weekend, one of the characters is shot, and Detective Calquouhoun, played by junior Zane Hudson, and Sergeant Penny, played by juniors Josh Warren and Kade Ferguson, have to investigate who the murderer is.

The cast and crew has put hours and weeks into this performance.

“I do a bunch of acting exercises, for example, one of them is I take a worksheet and I basically answer as many questions as possible until I really get a feel for the character,” Berlinger said. “I don’t know. I kind of just immerse myself into who she is, and, you know, I really think about what her personality would be like, and if I was her, you know, what I would do.”

The cast puts a lot into their characters. They even develop back stories.

“Who you were before the play began, what you’ve done, how you’ve gotten to the place you are, and what your motives are,” Hudson said. “So basically, just figuring out the basics like my full name, my age, where I’m from, and how I got the job of being the inspector in the first place.”

Even though most of these members have been in theatre for years and have been in many plays, there’s always something to look forward to.

“I just love the energy of performing. I’m excited to see an audience,” Ferguson said. “The bond of the cast, like the cast just gets really close throughout the whole experience and it’s just cool to see that growth in everyone.”

This has also been the shortest amount of time the cast and crew have been given to get the set together and memorize lines and blocking.

“There’s a lot of repetition involved where you go on stage and you redo a scene a million times until you get it right,” Berlinger said.

Join the Theatre Department for their performance on any night between Wednesday, October 16  and Saturday, October 19 at 7:30. Tickets are $10 (includes dessert) and can be bought at any lunch during the week, at the door, or online with a small fee.