The Season of all Seasons for the Leander Band 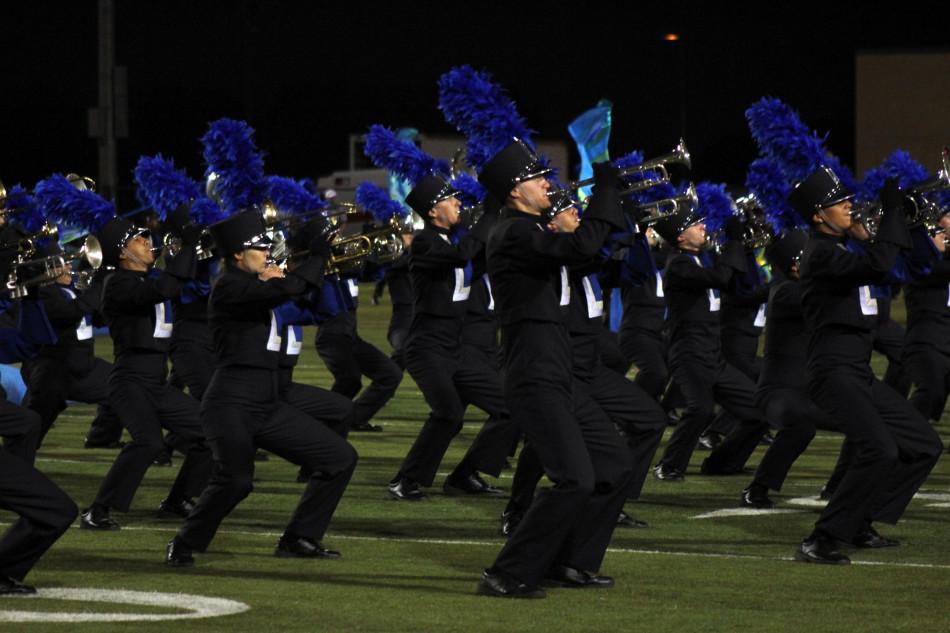 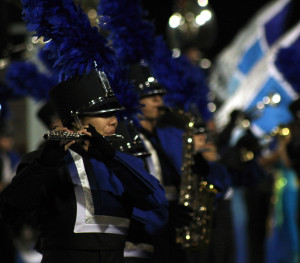 The Leander Band kick started their season with a parent exhibition in August as their first performance of their show Beneath the Surface. The band continued to push through this past season at the LISD Festival of Bands. The first competition of the marching season was Bands of America-Austin.This competition got rained out and the Leander Band did not get to perform, but Bryan Christian, one of the band directors at Vista Ridge High School, was kind enough to allow the Leander Band to compete at the Vista Ridge Marching Festival. The Vista Ridge Marching Festival became the band’s first competitvive performance. The season continued with many rainy football games, including a rainy senior night, and many rained out practices. Even through the trials of the weather the Leander Band made history at this school by recieving a UIL rating of 1 at UIL Region for the 30th year in a row. Receiving a 1 allowed the band to advance to UIL Area where the band made finals. The band recieved 5th place at the UIL Area competition and 3 out of the 4 bands that advanced to UIL State were from the Leander Independent School District, making our school district one of the strongest in the state of Texas. Bands of America Super Regionals in San Antonio was the last competition of the season, the Leander Band was one spot away from finals, but made 3rd in their class. Our strong school ditrict again wiped out competition by their schools being the top 3 in class 3A, with Vandergrift in first, Cedar Park as 2nd, and Leander as 3rd. The Leander Band had a terrific season, and so did all the bands in Leander ISD. 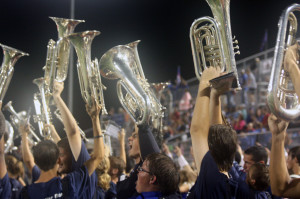 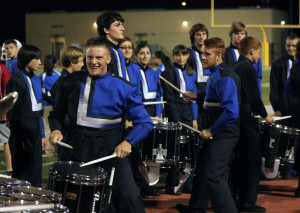