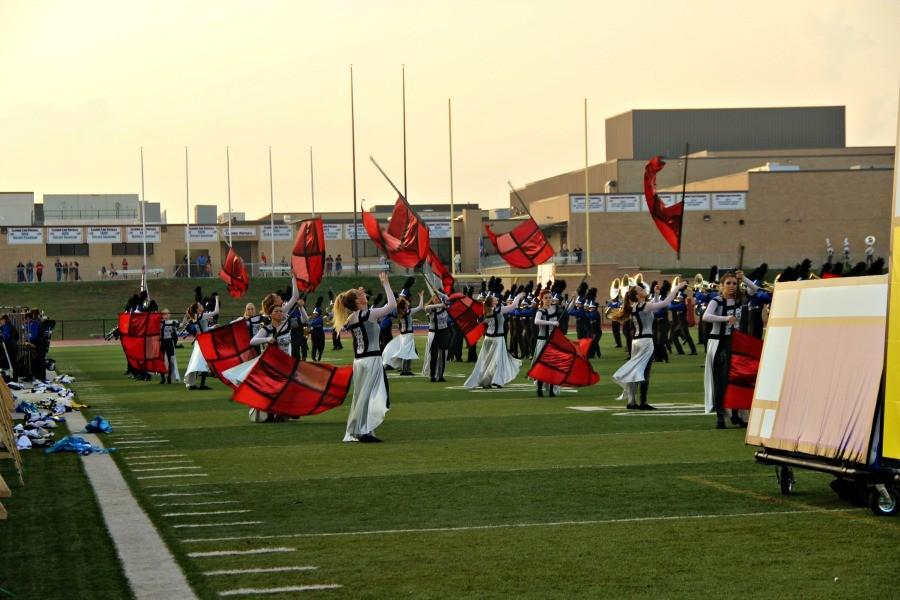 This season Winterguard split into a Varsity and JV team, and so far they’ve placed in two competitions.  Varsity’s show is called Timeless and performed to the song “This Woman’s Work” by Maxwell, and JV’s show is In Living Color performed to “Colorblind” by Leona Lewis.

“Personally it was one of my best runs this past weekend,” Varsity  junior Samantha Galloway said. “But Maynard was just a lot better [for the Leander competition]. They had a cleaner run, and I heard that they were the crowd-pleaser.”

The JV show isn’t completely finished yet which might provide some explanation as to why they only scored second.

“I felt that the last two competitions went pretty well. We’re still getting our show together, but it was fun,” JV senior Felicia Oyelowo said. “Given that we don’t have our whole show done, it’s kind of give or take, but I don’t mind. Second is still good.”

Having so many students interested in Winterguard caused the Color Guard to split into a Varsity and JV team. When performing, the floor can only hold about 30 guard students. Students went through an audition process so that the teams were based on skill and not seniority.

“It splits up the Color Guard, so we don’t get to see each other as much,” Galloway said. “But it helps with competing.”

The next Winterguard competition is WGI Austin on February 21.