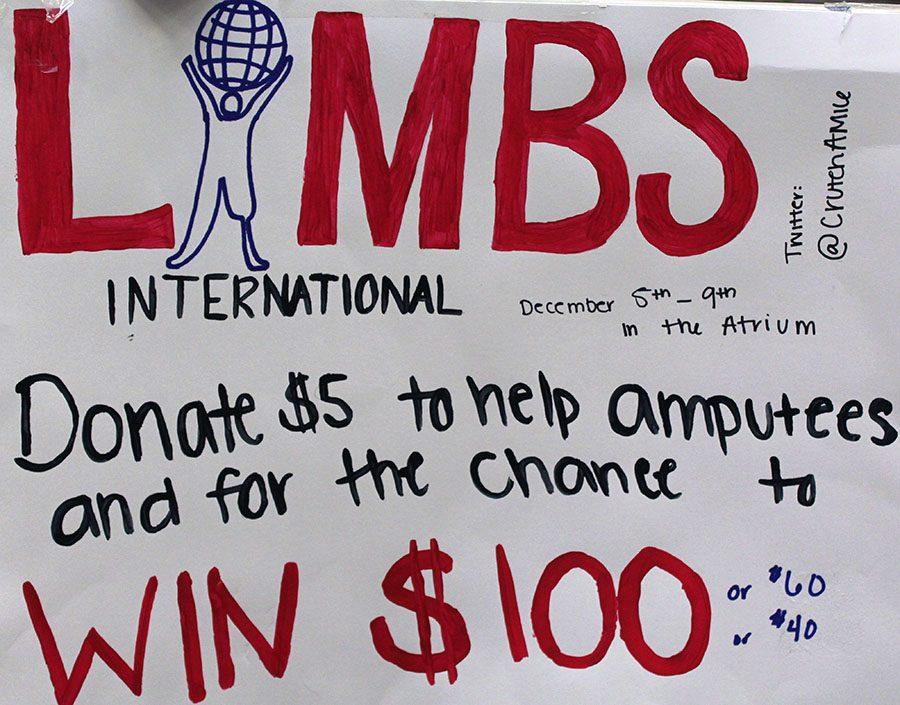 Some of the IB seniors were in the courtyard passing out crutches to students. Tickets were then entered into a raffle for $100, $60 or $40.

One of the many requirements of IB is CAS, which stands for Creativity, Activity and Service. A project one of the students chose is the crutch fundraiser for Limbs International. A few of the seniors are raising money to be able to send to the organization and to help raise awareness for the struggles of amputees.

“I’m from Guatemala, and when I go back there, I see the poverty and unfairness and my life goal is to be able to fight that,” senior Stephan Zaparolli said. “If I can’t do it there then I want to do it here. This fundraiser gives me the opportunity to find out what it feels like to help people, even from so far away.”

Zaparolli came up with the idea after Limbs International representatives talked to the IB program, and then decided to use it for his CAS project. The CAS project is a requirement for IB seniors.

“CAS has a focus on a whole person approach,” CAS coordinator Penelope Feliciano said. “Through CAS experiences and projects, students can become aware of strengths and weakness that perhaps without those experiences they wouldn’t have the opportunity to know more about.”

To raise money, they sold tickets for $2 to walk on crutches during the school day and on each crutch were the names of amputees that Limbs International has helped. The ticket was then entered into a raffle for either a $100, $60 or $40. All the donations went straight to Limbs International.

“We feel like people who have suffered the loss of a limb lose the luxury of tasks that we take for granted everyday,” senior Victoria Phipps said. “By raising money and awareness, we are able to give amputees all over the world the ability to have a better life.”