The difference between two advanced courses 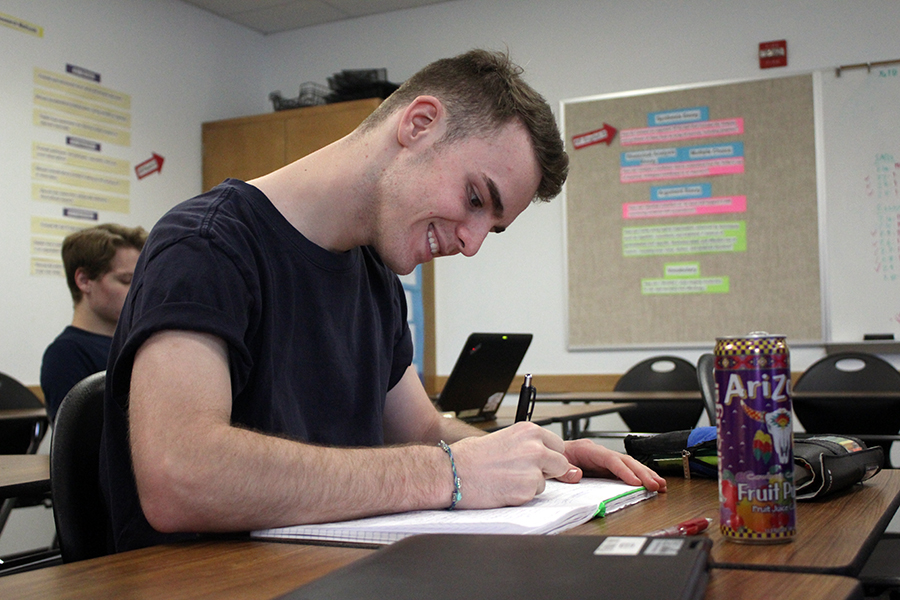 Senior Patrick Wilbanks takes notes during a IB Psychology class. The main difference between IB and AP is that IB is more of a program while AP is a set of individual classes that don’t correlate with each other.

Leander is privileged to be able to offer students two different advanced programs, AP and IB. However, lately, there has been a kind of rivalry or debate over the two programs. While this is a pointless argument, it is also impossible to compare them because they are totally different in every aspect.

First, judging others for what classes they take is pointless. Different people have different schedules and different wants for their education. Just because someone does IB or AP doesn’t mean they are more or less smart. What route someone else is choosing shouldn’t concern anyone. Someone may take IB for the international qualifications it gives, and someone might not, because they know they want to focus on English and history, and don’t want to be forced to concentrate on other subject areas as much. Either way, there are many reasons for why someone might pick one and not the other, and that is up to them.

Secondly, as AP and IB are such different programs, they can’t even really be compared. AP is about individual classes. Students are allowed to take as many or as few classes as they want so that they can focus on specific subject areas. All classes take a test at the end of the year that allow them to gain college credit depending on their scores. AP is an American program that is accepted across the United States. Then there is IB. It is an international program which means that compared to AP, more world universities and businesses recognize these scores. Students in IB are also required to take certain classes and a certain amount of tests as well as the extra coursework of CAS, EE and IAs. The overall main difference between the two is that AP are classes and IB is a program and community. Both are challenging, but IB requires a workload that all students have to take because there are requirements to be in the program instead of individual classes.

Neither set of students should think that one is for smarter kids or that they are the same. Both are different in their own ways, and can’t be compared. No matter if they are in IB or AP, they are Leander Lions underneath.