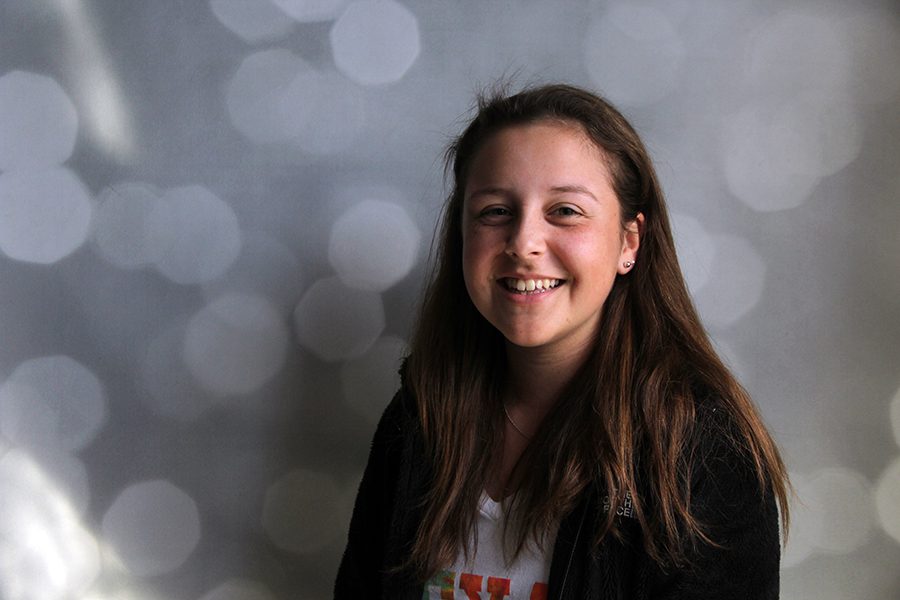 Freshman Emily Castillo participates in theatre and plays tennis. She was diagnosed with Leukemia when she was three years old, but is healthy and happy now.

Three years old. There are strange people standing around the hospital bed that she is laying in. There beady eyes are all on her and the doctors say a bunch of words that she doesn’t know.  She hears “Leukemia” float around in the confusion as everyone looks down on her with worry and pity.

This was a reality for Freshman Emily Castillo. Castillo was diagnosed with a specific type of cancer called acute lymphoblastic leukemia, a cancer of the blood.

“It was hard, especially since it happened when I was little,” Castillo said. “It’s one thing if it happens when you’re a teenager, because you understand what doctors are asking you to do, but as a little kid it was very hard to understand what kind of medicines I had to take, when I had to take them, and some of them were not very good. It wasn’t really my cup of tea.”

When she was young, her fight with cancer was an uphill battle.

“It was an ongoing thing,” Castillo said. “Sometimes it would get better, but then something else would show up, so then I had to go and do other tests for it. It’s a lot better now.”

Castillo was a patient at Dell Children’s Hospital. This medical care facility is known for giving care to those in need no matter their circumstances, especially children.

“[The staff at Dell] has definitely shaped who I am today,” Castillo said. “I remember every single one of my nurses because they were all so nice to me. They’re all so caring for you, it doesn’t matter who you are.”

“They have this teen group that I learned about called ‘The Hungry Bunch,’ “ Castillo said. “They have this camp we can go to, which I usually go to every summer. You can go to iFly with them, and we actually just had a fashion show. They have so many things for you to do, and they just want you to live your life to the fullest.”

After going through the trials and tribulations of leukemia, Castillo states that she has learned a great deal from her experience with her illness.