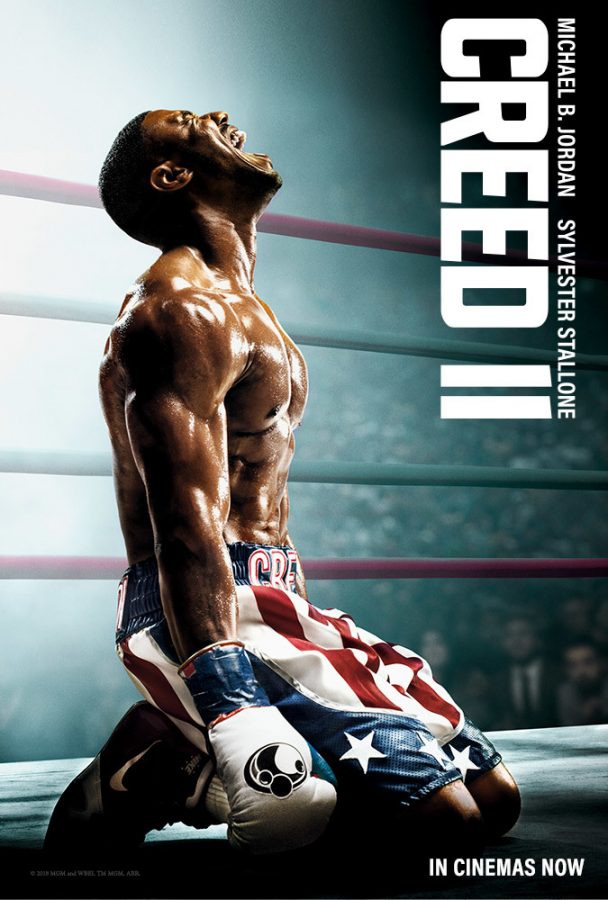 Warner Bros recently released their widely anticipated film Creed 2 to all theaters around the globe. Fans of the first movie Creed, were eagerly awaiting to see the Drago vs. Creed fight again this time being their sons and were not disappointed. With a well-developed plot, newly established relationships, and a whole new perspective of the fighting industry.

For Adonis Creed played by Michael B. Jordan, filling in his father’s shoes was never easy. Between personal responsibilities and training for his next big fight, he is up against a huge challenge. Facing an opponent whose father killed his father only intensifies his impending battle in the ring. Rocky Balboa is there by his side through it all and, together, Rocky and Adonis will confront their shared legacy, question what’s worth fighting for, and discover that nothing’s more important than family.

With sharp camera positions, raised questions and suspense, Creed 2 will have you on the edge of your seats. Although most of the fight scenes are overwhelming and a little unbearable to watch, the way the movie gave the viewers a whole new perspective on the Drago family was very admirable. The characters learn lessons that we can also learn for ourselves, and the way they grow toward success helps the viewers to feel more connected to the character.

Overall, Creed 2 will leave a lasting impression on the hearts of the people who watched it, and with its emphasis on character relationships, suspenseful plot, and engagement with the audience, people will not only want to see the movie again, but they will also want to see the previous movies connected to Creed 2. Creed 2 earns a solid 5/5.