Movie review: Fantastic Beasts and Where to Find Them

New film about the Wizarding World a success 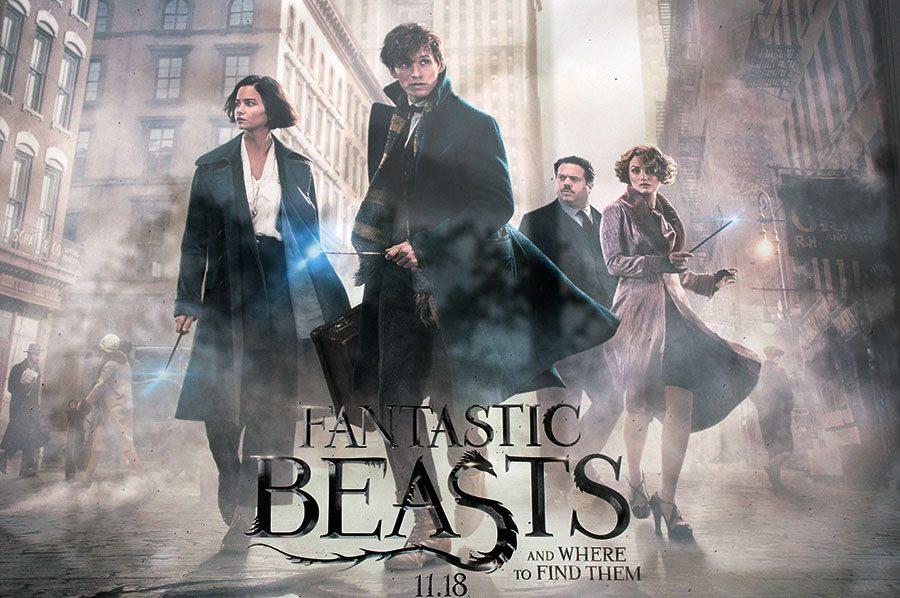 Fantastic Beasts and Where to Find them was set in the 1920's, before any of the events of the Harry Potter franchise occurred. It follows the story of Newt Scamander, a magizoologist.

The movie follows the story of Newt Scamander, a magizoologist who comes to New York for reasons relating to his creatures that he carries around in a magical briefcase. Mayhem ensues once Scamander’s creatures get loose in the city, and cause all sorts of problems. The film was a very enjoyable one that was engaging and exciting throughout, earning it a 4.7 out of 5.

Though the main story line is initially about Newt’s loose beasts, several other ones branch off that are well thought out and add to the depth of the film. One of the main issues is how the non-magical and magical communities in America interact, and how some witches or wizards are taught to suppress their abilities in order to appear normal, often resulting in negative consequences.

The actors did a terrific job at portraying their characters and brought the story to life with multi-dimensional personalities. Ezra Miller, who portrayed Credence Barebone, was excellent at depicting a young man trapped in an abusive household, and effectively made the audience sympathize with his plight. Eddie Redmayne was also superb in his ability to portray Newt Scamander, a very socially awkward. but overall loveable character.

The special effects were absolutely stunning as the movie showed several different types of unique magical creatures that each had distinctive characteristics. The technological aspects were a large part of the reason as to why the movie was so enthralling as it showed what magic might look like if instituted in the real world.

The movie overall was very engaging and left the viewer feeling as though they were allowed to take part in an entirely different world. The film did an exceptional job at giving fans of Harry Potter a different storyline without feeling like a dreaded sequel made only for the franchise to accumulate more money. It opened a different door to the wizarding world that is filled with it’s own individual characters unlike any that we have seen before. The storyline achieved a sense of finality as the movie’s 2 hour and 13 minute run time came to a close, but still set up the next installment in the projected five movie series by leaving the audience questioning what might happen next.

For any Harry Potter fan fearing that Fantastic Beasts might leave them disappointed, this movie will exceed your expectations and leave you amazed. While the film will surely be just as good once it comes out on DVD, there is nothing quite like getting to experience a world full of magic in a dark theater, allowing the viewer to forget about their realities completely, and for a short period of time, get to live in the wizarding world.