Seniors Dylan Robinson and Jacob Vaughn take on the role of director. 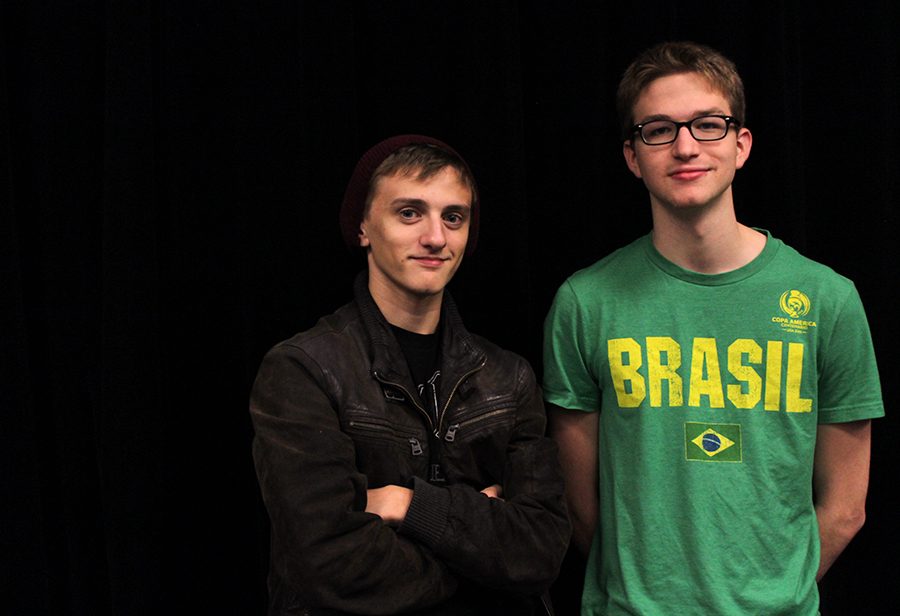 Seniors Dylan Robinson and Jacob Vaughn have written and directed two different original short films, entitled ‘Quiet Stage’ and ‘Super’ respectively. These films will be entered in a competition at the Texas Thespian Festival.

For students throughout the state of Texas who are part of the International Thespians Society, there is a convention called the Texas Thespian Festival held every year. Here, the students can learn various things about acting and technical work through workshops or take a part in competitions. One of these competitions is the Short Film category. Students must write and direct an original screenplay that is under five minutes, and submit it to be judged at the convention. This year’s submissions from the school will be ‘Super’ by senior Jacob Vaughn and ‘Quiet Stage’ by Dylan Robinson.

“It’s fun to get to create a story,” Robinson said. “[We] get to demonstrate art as amateurs, and it gives me good experience.”

Vaughn’s film is about a high school student who has super strength. However, despite this power, he finds he is unable to save his girlfriend once she acquires Leukemia. Vaughn chose this topic to talk about the turmoil one goes through once they have found out that a loved one has a terminal illness.

“I wanted to focus on an issue that goes on today,” Vaughn said. “[I feel] that viewers could relate to or understand the events of the film.”

Robinson’s film revolves around two friends fighting over a girl they both like. The argument escalates until one of them pulls a gun on the other.

“I was sitting in rehearsal and I was watching people on stage and was inspired,” Robinson said. “I orchestrated that [inspiration] into a story.”

“It’s been a dream of mine for years to be a filmmaker,” Vaughn said. “I find everything about the process of making a movie thrilling and so open to interpretation, and I want to explore every possible way that can be done.”