Right off the bat 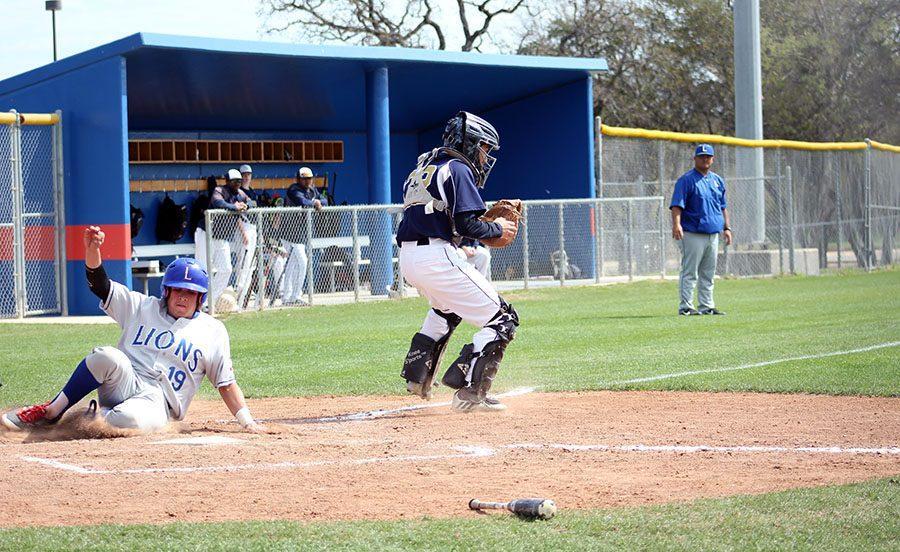 Senior Clay Martin slides into home to score against St. Dominic's. They went on to win 13-3.

“The team’s looking good for the [start] of the season,” sophomore Anthony Beltran said. “We’re slowly progressing to be better.”

“We’re coming together as a team,” Montgomery said. “We still have a decent way to go, but I think that we have the time to prepare.”

Up next the Lions play in a district-wide tournament played at home against Vista Ridge, St. Dominic’s, Liberty Christian, Vandergrift, and Hutto this week. Schedules for the remainder of the games can be found here.