Lions open season with a win 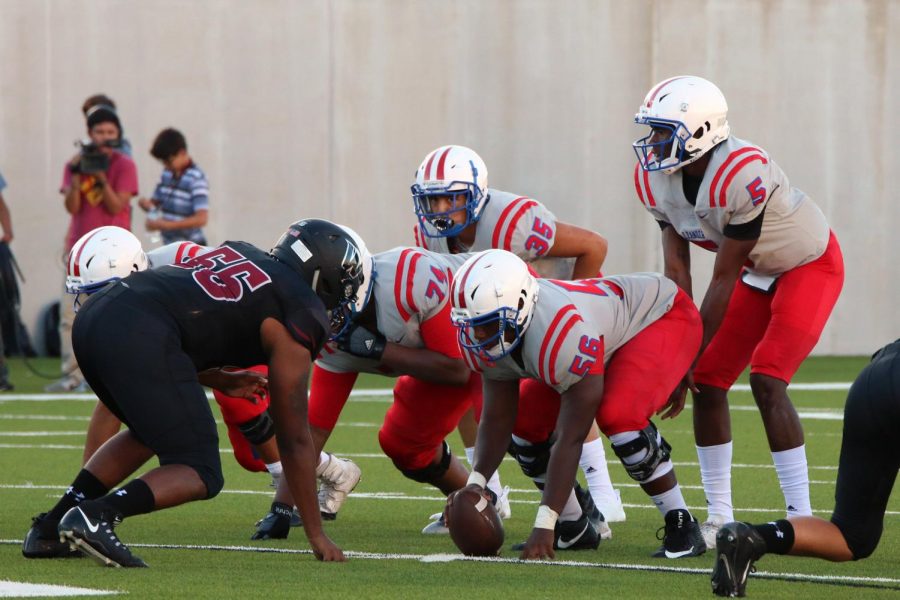 The Leander Lions opened the season against the Weiss Wolves in a 23-3 win. This is the first season opener win for the Lions since 2015.

“The offense just works better for the [people] that we have,” senior Adison Larue said. “We have great receivers that we can rely on, but our backfield is what really defines us.”

The Lions heavy run scheme worked effectively with 352 yards on the ground. Larue scored an 89-yard receiving touchdown by quarterback Rashad Carter, which was the only completed pass the entire game for the Lions on two attempts.

“It was a rush, I just told them to give me the ball and I’ll go score, and I did just that,” Larue said.

The Lions defense only gave up 3 points in the entire game, the defensive line pressured the Weiss QB with 2 sacks and 18 hurries. The secondary held up their part with 2 pass deflections and an interception by senior AJ Nelson.

“When it happened all I did was follow my technique that I was coached and then my instincts took over,” Nelson said. “I didn’t even realize I had the ball until I got tackled, it was a surreal moment.”

The Lions will play their next game on September 7th against the Pflugerville Panthers at Bible stadium.