Capturing emotion around the world 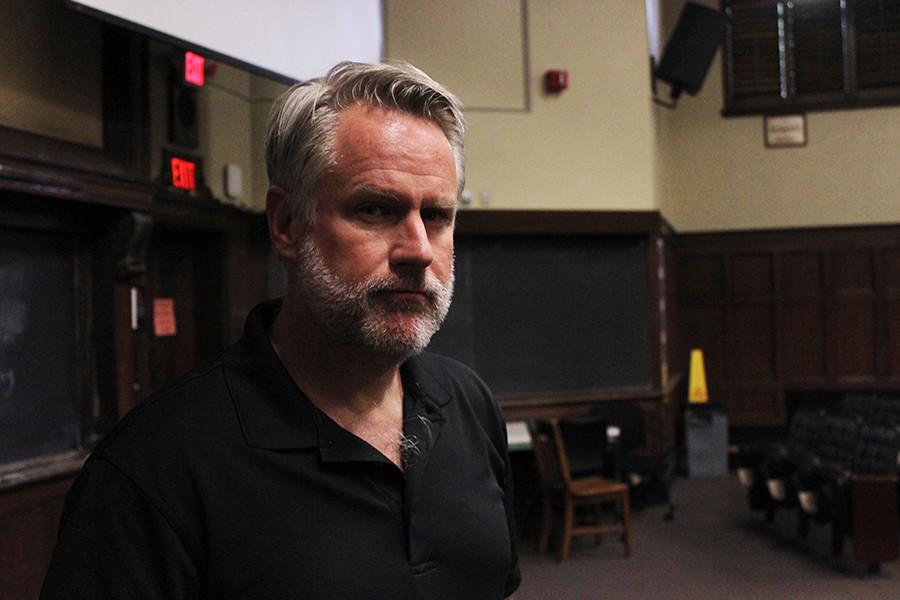 John Moore has earned many awards and national recognition for his photos.

Power on, check ISO, check shutter speed, check white balance, focus, shoot, capture the emotion of the battlefield, a soldier, or a wife crying over her husband who is sick with the deadly Ebola virus, or climbing a muddy hill to get the shot of the family of gorillas on top, anything that can make a person feel and have emotion is worth the risk.

Pulitzer Prize winner and Getty Images senior staff photographer John Moore travels the world in search of hard stories. He has seen the transition from happiness to carnage and destruction during the assassination of Benazir Bhutto. He strives to capture humanity in situations of chaos. He began his love for photography when he took Photojournalism in high school, but never did he expect that photography would be his profession. He graduated from the University of Texas at Austin and joined the Associated Press. He has traveled to more than 75 countries. Since then, he has pursued his successful career in photography by working with Getty Images.

“I look for something that makes me feel,” Moore said. “I don’t like to see so many what we call process photos, [a] process photo is just someone doing something. But if a photo makes you feel something, then that’s what is important.”

As Moore travels the world and captures many photos he encounters many memorable experiences. The experiences Moore encounters can often turn dangerous quickly. He has seen a Pakistani leader assassinated right in front of him. He has seen many people in Africa die from the Ebola virus. In many of these experiences, he barely escapes with his life. One experience was when he went to Libya and followed a rebel to capture some frontline shots of the rebels and the Gaddafi soldiers fighting.

“We follow him down this road over this hill and we saw 500 yards away all these dudes dressed in black with guns and big black turbans standing across the road,” Moore said. “And we were like ‘those are not the good guys’ and we were basically driving into enemy lines into Gaddafi troops front lines. It took them [the soldiers] a while to start shooting. So we turned back and drove straight into the desert going back the way we came. These guys were shooting at us the whole way out.  None of us were hurt and none of the cars got shot.”

After many times of being shot at and bombs going off near the ground he stood on, Moore has experienced many things that can scar people for life.

“Journalists tend to suffer from post-traumatic stress about the same pace as first responders do and it’s more or less the same,” Moore said. “I’ve learned in studying this is that if you go into a traumatic environment, if you’re supported by your boss or editor, really supports what you’re doing, is really behind you, you come out and tend to be psychologically more healthy.”

Moore won the Pulitzer for a photo of a detainee in a solitary confinement cell talking with a military policeman in Baghdad. He strongly believes in respect for not only his photo subjects, but those around him.

“You can deal with people who have done lots of bad stuff, just as long as you treat them with some respect. It’s amazing at how many characters that I’ve dealt with who allow me to function in the work as long as I give them respect. Call a lot of people sir, and try to be straightforward with them.”

Not only does Moore treat his subjects with respect but also those who listen to his presentations. Moore enjoys going to ILPC, and loves the main aspect of the convention, the students. He gives many students time to ask questions about his experiences.

“I think the ILPC spring convention exposes students to a lot of viewpoints that they might not get in their school,” Moore said. “They learn things from teachers who are coming from outside the state, great ones who are in the state, and there’s really no other place to get that kind of experience here in Texas.”