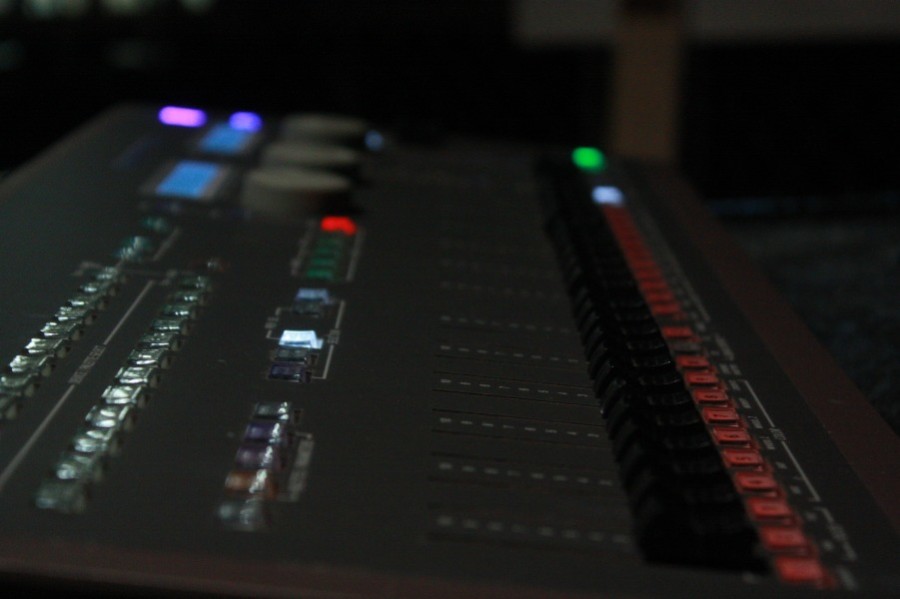 Sound board used for the OAP (one act play)

Technical theatre composes half of the theatrical world. It handles the sound, lights, props and much more, but it does not receive as much recognition as the theatrical side of theatre.

Without lights, the actors would not be seen, therefore the show could not go on. Kember Campbell has been a techie for her whole high school career and is currently part of lights for the one act play.

Senior Dillon Hausam is a part of tech theatre. He spends his time on and off the stage as a techie and an actor, getting the best of both worlds.

Both of them understand the lack of appreciation for what they do. Campbell has dealt with this and believes it needs to change.

“I believe the under appreciation in the tech side of theatre is something that needs to have a light shown on it,” Campbell said. “Some people don’t realize just how much tech puts up with, how many problems we have to constantly be fixing and changing, as well as doing it all to the best of our abilities and to the liking of the director.”

Hausam knows of the under appreciation yet does not mind it. To him it is just the way things go.

“I think the reason why there is under appreciation is because there are very few people who actually know how difficult it is,” Hausam said. “Also it is a sort of lifestyle. You aren’t as easily recognized because instead of being on stage with a light shining on you, that we provide, you are in the back doing your best to make the people on stage look their best. So personally I don’t mind it; if I wanted to be recognized I would have been on the stage myself.”