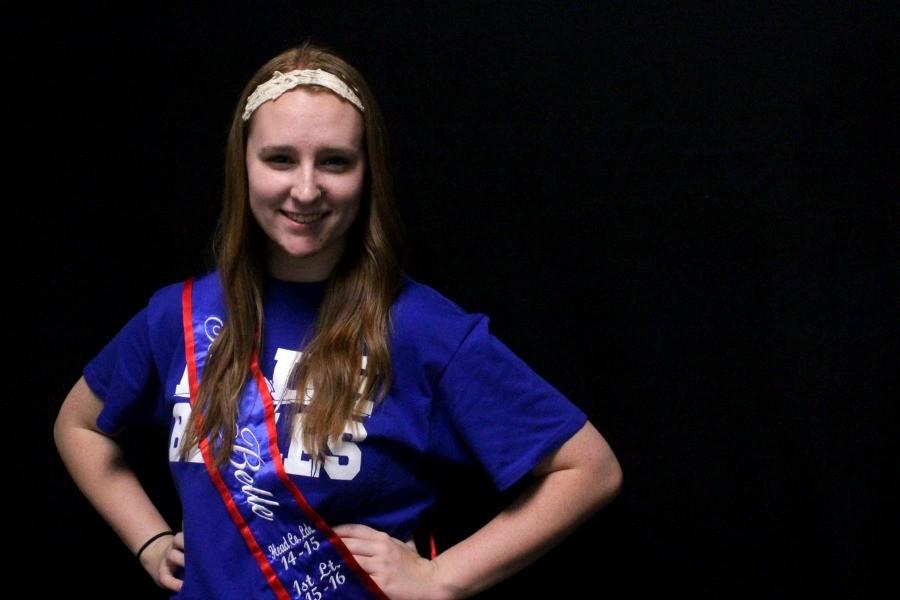 Underclassmen are forced to watch as the seniors leave, but there’s also a new excitement as they get to fill their leadership positions. Junior Paige Hoelscher is filling the First Lieutenant spot for the 2015-2016 Blue Belles.

This year Hoelscher served her team as Head Company Leader which helped her to become First Lieutenant.

“I tried to excel as hard as I could in my role as Head Company Leader last year, and tried to bring new things to the team to ultimately make this position,” Hoelscher said. “My plan for next year is to bring a new style to the team.”

In her new role Hoelscher has lots of ideas for next year.

“[Next year I want the team to] be more united as one and not so broken up, and to have everybody enjoy it and to have everybody be heard,” Hoelscher said. [My idea of a new style is] just kind of different than all the other dance teams around; be more edgy and outside of the box a little bit.”

Going through the leadership process her year as Head Company Leader, Hoelscher has tried to work hard to improve herself.

“[I tried to] fix things about myself,” Hoelscher said. “[Things like] getting things done faster and always working a little bit harder. I’m also a procrastinator so I have to work on that.”

One of the jobs Hoelscher had as the Head Company Leader was to work with the JV team (the Sapphires).

“My favorite thing I’ve done this year would probably be getting to work with the Sapphires,” Hoelscher “And getting to challenge them, and have them kind of motivate me to do more things and be more excited about little events.”