The health fad everyone's talking about 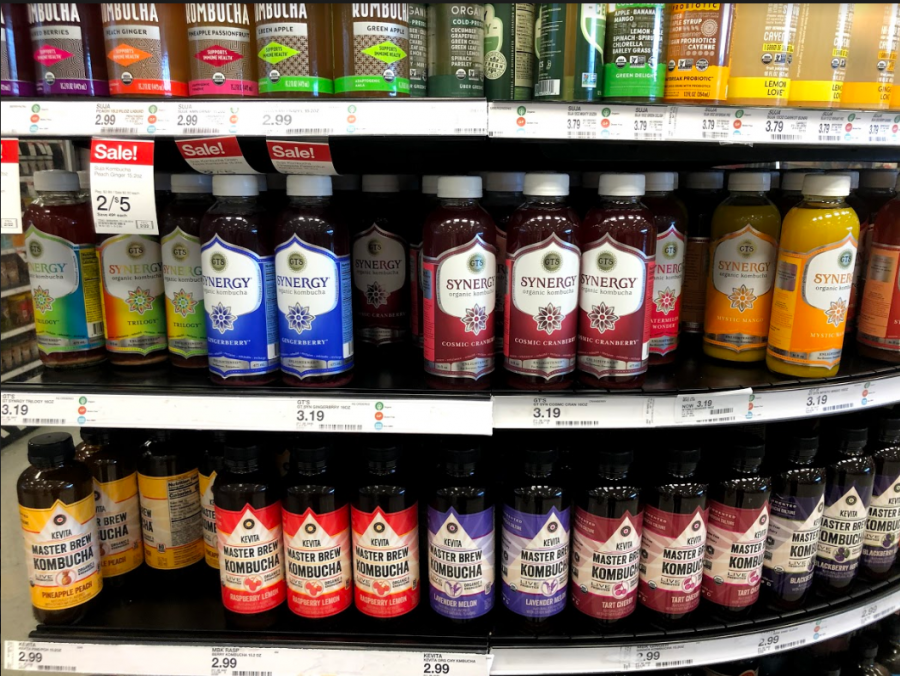 All about kombucha: what it is, where it came from, and why you should care.

Lately, all kinds of West Coast health trends have stormed Instagram and YouTube feeds. From Soul Cycle to matcha lattes, it seems like social media influencers are constantly promoting some sort of health fad. Most notably has been kombucha, an increasingly popular fermented tea.

“[Kombucha] has all the good things about a soda and tea altogether,” junior Jharna Kamath said. “It has a slight fizz and those nice tea flavors.”

One of the main brands of kombucha is GT’s Living Food’s kombucha, which has been a kombucha icon for decades but was recently popularized by a YouTube video about the brand CEO, GT Dave. Dave is often accredited with causing the rise of modern-day kombucha.

“GT Dave just seems like an interesting person, like how rich he is and how cold he seems,” Kamath said. “The coldness of the man really makes you trust the beverage to be just as cold and refreshing.”

The drink has its origins in Southeast Asia around 220 B.C. and was prized for its supposed healing properties.

“[Kombucha] makes me feel connected to my culture,” Kamath said. “I just think that because it’s something so historical and something so old, the fact that it is still so popular and widely liked in a completely new setting is just really cool. I like that I can connect to that when I drink a bottle of GT Dave’s kombucha.”

There is science behind its healing properties. The drink contains probiotics that help to improve one’s digestion and immune system.

“As a vegan, I like kombucha because it has a bunch of probiotics in it,” senior Ainsley Shaw said. “Whenever I don’t drink kombucha I can definitely tell the difference in my body. I feel slower and like I want to take a nap.”

According to Forbes, the kombucha industry has been steadily increasing since its debut in the 1990s.

“Everyone should drink kombucha because there’s no reason you shouldn’t,” Shaw said. “It has probiotics, it’s really good for you. If you don’t want caffeine from the tea, there are ones that are made with water. It’s really good for people who eat a lot of raw vegetables or if you’re lactose intolerant.”