In Memory of our “Queen of the Roller Derby” 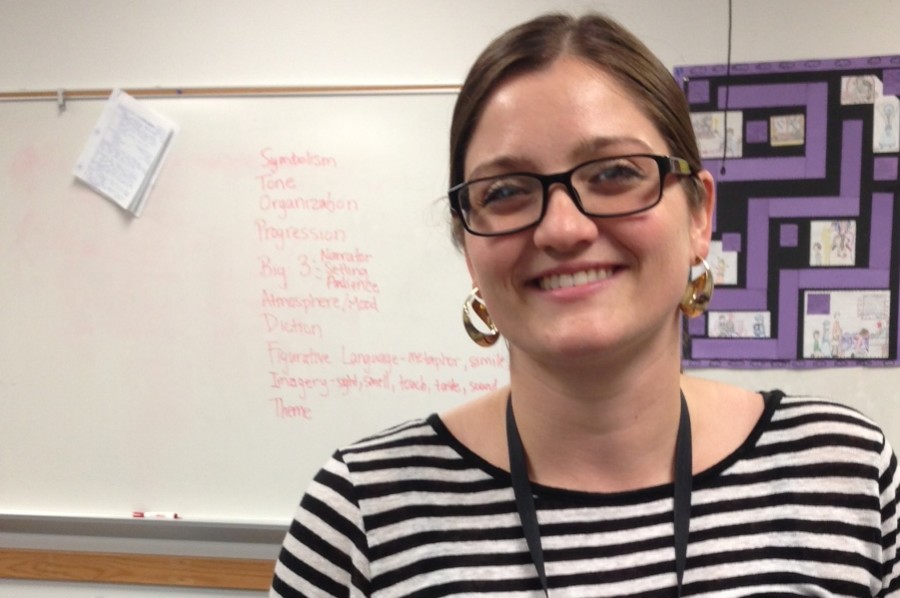 Ms. Kim Hardy taught at LHS for 10 years and worked in the legal field for the last two years. She passed away on June 19, 2015.

**It is with great sadness that we repost this story in memory of our former English teacher, Ms. Kimberly Hardy, who passed away on June 19 after battling cancer. Ms. Hardy was an inspirational teacher and she will be missed by her Leander High School family. We will post arrangement details as soon as we have them.**

For 9 years, Kim Hardy has been teaching English at Leander High School. She graduated from UT and enjoys indie rock and horror films. However, in her spare time, she has a hobby quite different from most teachers. She is a member of the Honky Tonk Heartbreakers, a roller derby league from Austin.

Roller Derby is a full contact sport played on roller skates in which points are scored by lapping players on the opposing team while skating around an oval-shaped track. In 2001, Ms. Hardy began playing the sport when it started in Austin.

“My friend Jamie read an ad in the Austin Chronicle when they were trying to recruit skaters, and she and I went,” Hardy said. “She quit almost immediately, and I kept skating.”

After a few years of being in between teams, Hardy joined the Honky Tonk Heartbreakers. She enjoys the sport because it has many social and physical benefits.

“It’s a good social network. I have a lot of friends that I play with,” she said. “But also, I get to spend time with people who work out and are athletic. I feel like it is one thing in my life that has helped me stay in shape into my 30s.”

Since it is a full contact sport, roller derby can be quite dangerous, and Ms. Hardy has had her fair share of injuries.

“In 2010, I tore my ACL and my PCL and my meniscus and cartilage in my right knee. I had to have full reconstructive surgery. It was 9 months before I was back to full contact, and it took me several months to be able to skate again.”

Being on a roller derby league has also provided her with many opportunities to travel.

Along with the camp, Ms. Hardy has been highly involved in the management of her team.

“Honestly, my proudest moment from roller derby does not have to do with skating; I served on the Board of Directors for the Texas Roller Girls for two years, and during that time my goal was to switch venues for our games. We had been skating in a rink in north Austin which had a capacity of 900 people and one of my goals was to move to the Austin Convention Center and I was one of the managers who made that happen. Now we have capacity of 4,000 people for our events.”

Ms. Hardy admits that she will probably retire from roller derby sooner rather than later, but when she does, she will leave with a long list of accomplishments. Along with her years of managerial experience, she boasts a year of team captain experience, and a handful of tournament and competition wins, including a 3rd place ranking at an international competition in 2011.
Delete Image
Align Left
Align Center
Align Right
Align Left
Align Center
Delete Heading