The two paths to take 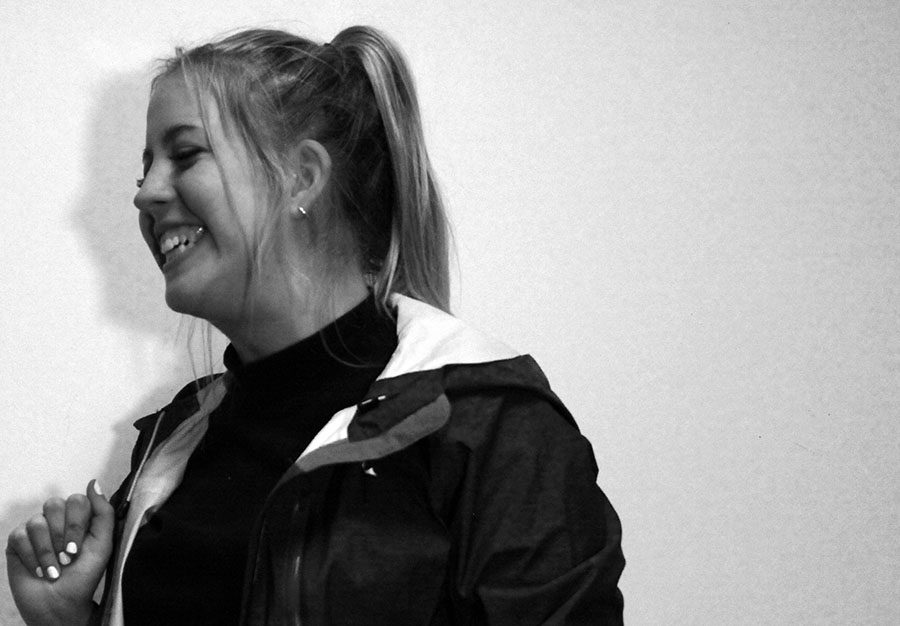 Senior Taylor Cameron who has chosen the path for her future that truly makes her happy.

Sitting in the room Taylor thought again and again about what her parents would think. Did her dad want her to go to college? She was scared, nervous. This choice was one that would change her life.

“It was very emotional,” senior Taylor Cameron said. “My parents had always tried to figure me out. I’m their baby and I’m leaving and go off and do things. It’s scary, but they’re excited and it was a good meeting. I was able to be open with them and completely honest like I’m afraid to do both of these things. It’s terrifying leaving the house and go do things on your own. But it gets to that point where you have too and and it’s exciting and scary and good.”

The decision had to do with a big question that seniors ponder, ‘is it okay to not jump right into college?’ Cameron believes that not all kids are meant for college and that not everyone gets a thrill from deciding their life and continuing school.

“My thoughts on college were pretty negative,” Cameron said. “Some kids are very excited about college. Those are going to be the best years of their lives and I just wasn’t I wasn’t excited for to go back to school and do more school and I don’t know what I want to do. Majors and figuring everything out stressed me out, but when I would talk about my mission, I was so much more excited. You could tell the difference between the two. [My parents] could tell which one I was meant to do and they were really excited and my mom was emotional because she was excited and it all set in.”

Before the talk, before the choice though, Cameron didn’t struggle with going on a mission. She struggled with being a Mormon in high school.

“I’m a Mormon, everyone knows that,” Cameron said. “All throughout high school I always wanted that one thing that defines myself. It is something I am really passionate about. It’s not something that is brand new, it’s my life.”

She struggled with not watching the latest R rated movies, with not cussing, even with not dating. When she would leave the house the school’s dress code was not the only one she had to worry about. Her parents protective natures asking her ‘cover yourself Taylor.’

“We have a prophet and he has set standards for us,” Cameron said. “In my family, I couldn’t date until I was 16. That was frustrating you know, everyone in highschool was dating and I wanted to date, I wanted a boyfriend. Modesty is a big big thing in my house and I have two brothers and I am the only girl so it’s even more. It was difficult, because I saw the other girls and I wanted to be like them, but I think it was being raised like that that helped me a lot to respect myself. I think the standards are there for a reason. They aren’t just something to ignore.”

Going somewhere, Taylor doesn’t know where, is exciting and scary all at the same time. She chose to do a mission, to follow her own heart even when it may hurt her family. Her brother.

“I’m the baby,” Cameron said. “My oldest brother is 26 and the other one is 23. They were always very close and I was very far apart from the oldest, Josh. But then he went and served his mission when I was in middle school. He was in the Dominican Republic for two years. Now on a mission you only call on Mother’s Day and Christmas. The rest of the time we would email and send letters. That was a time in my life where I really needed to get to know him and I didn’t have that. So Zach, the younger one and I got to know each other and became really, really close, we became best friends. We were always together.”

“That took a hard toll on me,” Cameron said. “I didn’t have Josh, he was on a mission and he was doing what he needed to be doing. Zach left the church about three years ago. It left me to decide if I should go on a mission and be that example to him, to go on a mission for myself too or, go to college first because I turn 19 right after I graduate. I didn’t know what to do. I never wanted to make Zach feel like the black sheep in the family or make him feel that what he did wasn’t the right thing. To regret it. I didn’t want me going on a mission to seem like I was rubbing anything in his face like ‘ha ha I’m going on a mission.’ I didn’t want that at all, but I know though that he felt like that.”

Despite the feelings in the meeting, the worries, having two paths to follow, Cameron decided to follow the most important persons opinion, her own.

“I had to do what was right for me and a mission would be so great for me,” Cameron said. “I didn’t want this to come between my future and what was best for me. I finally came to this realization that a mission is what I need to do. I don’t know where my mission is yet. On my mission we serve the people and preach to them about our church and invite them in. I’ll be doing it for a year and a half, it will be really crazy.”