From across the world

Junior exchange student shares his thought about being in America 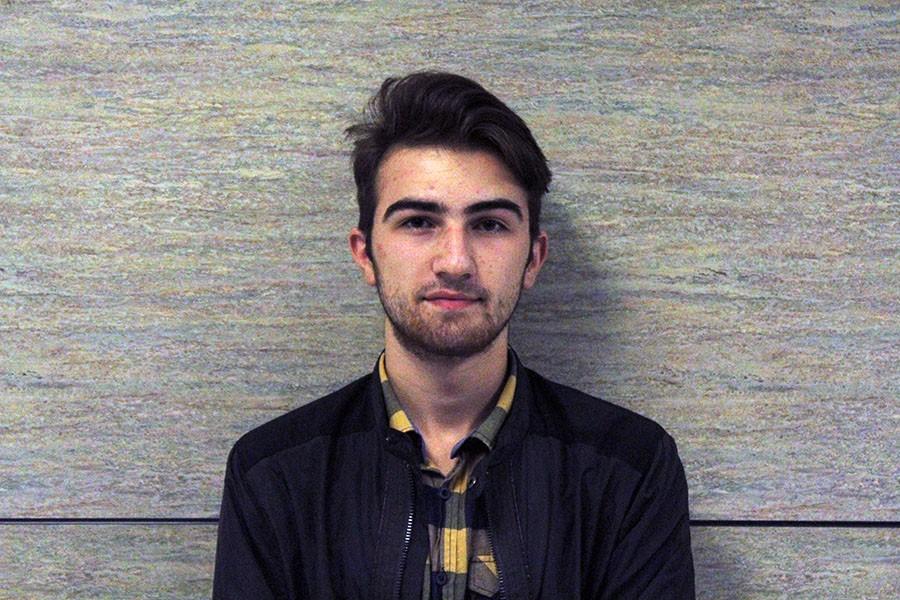 Junior Tevdore Mozaidze in front of his math class. He is from the country of Georgia, a very small country in western Europe and western Asia.

He likes to take long hikes outside with his friends, he enjoys watching movies, and his favorite sport to watch and play is Tennis. However, Mozaidze has something unique and special about him. While the majority of students can say that they were born and raised in the country, and some can say that they were born in another state, Mozaidze was born on the other side of the world with his family, and when he had the chance to come to America as an exchange student, he took the chance even though he would have to leave his friends and family behind.

Junior Tevdore Mozaidze grew up in the country of Georgia, a very small country with a very small population of 4 million, in western Europe and western Asia, compared that to the state’s population which is almost 27 million. He first lived in Dallas, Texas with his new family then he moved here to Leander. One of the many things he really likes about Texas is its weather. In Georgia, the hottest it ever gets there is 85 degrees. It’s always cold and he likes how Texas is a mix between both the cold and the hot according to Mozaidze. However, when it gets hot, he admits he really can’t stand it, the days when it’s over 100 degrees he can barely stand it.

“There is some things that sometimes really bother me,” he said. “It just takes time to get used to it all and the payoff is too big to let go.”

The one thing he also found very intriguing was all the things that are big in America. He knew all about baseball and football, he knew how the sports played out and the rules, but he never knew how big and popular they were in America. Another thing was Star Wars. It might not seem like a big deal to a lot of people because they have grown up with Star Wars all their lives. For Mozaidze, he and his entire family has never heard of Star Wars. It excites and intrigues him what is popular in the U.S. and what is in his country.

“Living here in America has really opened up my eyes,” Mozaidze said. “It is really such a huge honor to be pick out of everyone in my country.”

He also said on the hardest thing about this entire experience is leaving and going back to his home country. Even though that he misses his family and friends he will always remember his new family and friends and all the things he has done in his short time here.

“I plan to come back eventually to America,” Mozaidze said. “While living here, I have learned that the statement were America is the land of opportunity is very true and i want to make the best of my life.”