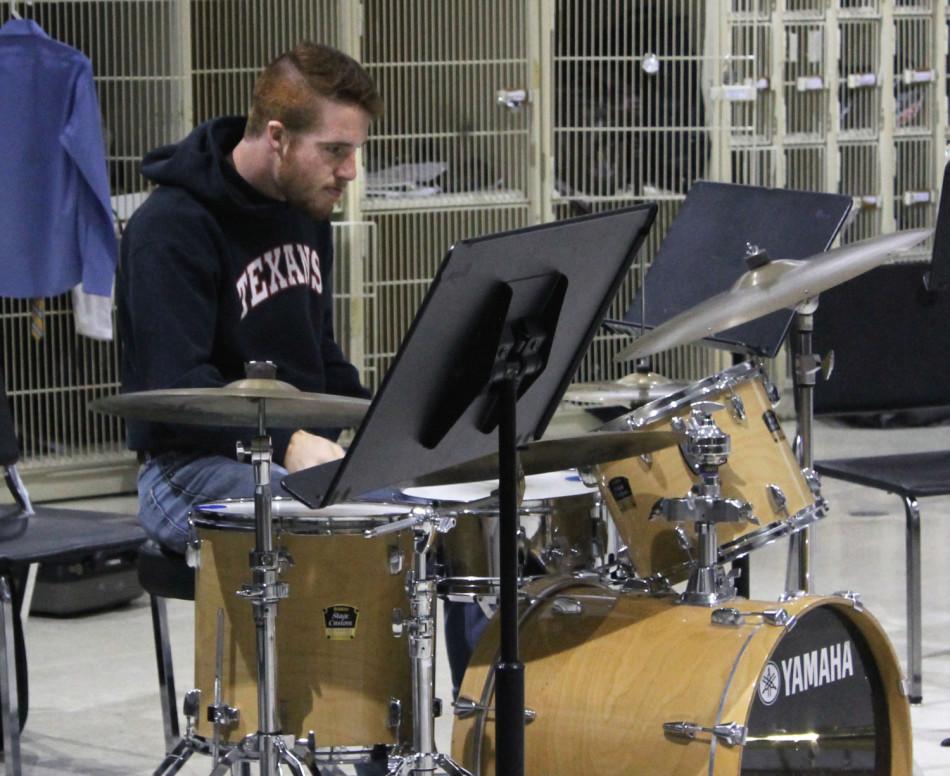 Senior Isaac Johnston ranked 4th in the entire state of Texas on drum set, placing him the Texas All-State TMEA Jazz Ensemble II.  Johnston performed in San Antonio at the Texas Music Educators Association to some of the finest and most respected musicians and music educators in the world.

Johnston had been preparing for region jazz all four years by practicing and taking private lessons with UT graduate Aaron Easley.

“Listen to jazz music and play jazz music as much as you can,” Johnston said. “Over time the player will  develop their own style and ideas which they can use in their audition material if they desire.”

Johnston performed exceptionally well and made it to state. However, there was a mistake in the email address and Johnston had less than a week before his TMEA performance to practice the music.

“I actually did not prepare at all,” Johnston said. “Considering the fact that most jazz music is played on the spot I would be practicing what my life will be like in the future.”

Classical region takes place at the end of the first semester while region jazz is in August so Johnston had a lot of time to prepare for both without favoring one over the other. At TMEA, the best musicians and colleges had a chance see to his performance, allowing him to experience more of a college feel.

“I loved it so much. I was surrounded by all of the best musicians in the state of Texas,” Johnston said. “It was more like what my college classes are going to work like; very fast paced and the students learn quickly. It got me even more excited for college music programs than I already was.”

Every jazz percussionist has their own unique style that they add to the music and that style mainly comes from practice and inspiration. Johnston had many idols that have inspired his musical talents.

“Art Blakey, Max Roach, Jo-jo Mayer, Steve Smith… that is a very broad list. I could go on for days,” Johnston said. “Every drummer has those things that I admire about them and I try to pick and choose from each one the traits i want in my playing.”

Johnston wants keep music in his life and plans to go to college for music education and jazz studies. Ultimately, he wants to earn his doctorate degree and become a jazz professor in high school or college.