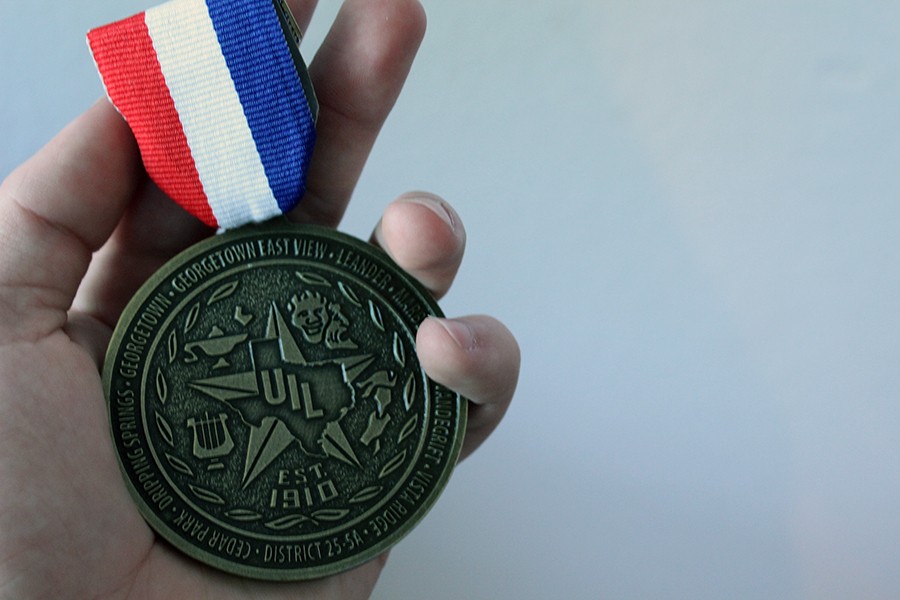 A first place medal won for first place in Editorial Writing. Thousands of UIL medals are received every year during the UIL season.

“I think I have a decent chance of doing well,” Graham said. “The competition will definitely increase which will make it harder to do as good as I did at district. I would be very excited and almost flabbergasted to advance to state. Advancing to state would almost mean that I would automatically qualify for scholarships for any college in the state of Texas.”

“Gage has a good chance of being in the top four,” speech and debate teacher Mr. Terry Hunt said.

Junior Brianna Townsend placed fourth in Lincoln-Douglas Debate and is an alternate for regionals. Sophomore Devin Bowman advanced to quarterfinals and lost on a 2-1 decision to the eventual winner of the district meet. Junior Jacob Vaughan placed sixth in Prose Interpretation and senior Hunter Jones placed sixth in Poetry Interpretation.

“We have done very well in academics,” Mr. Hunt said. “The momentum is in our favor going into regionals.”