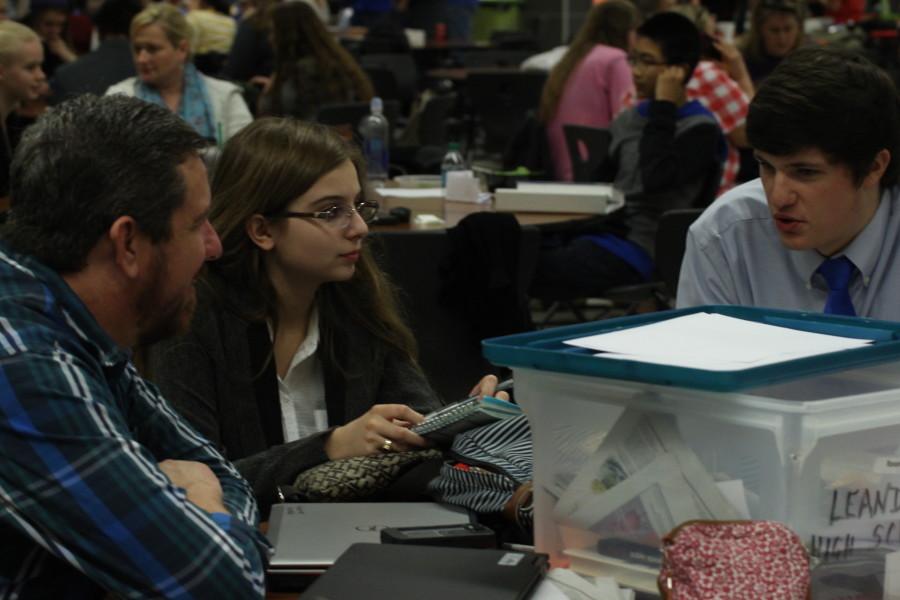 Debate coach Terry Hunt aids his students in prepping before they go before judges.

In their last invitational meet before district, debate showcased fresh faces that were able to advance to quarter and semi finals.

“We’re all improving and learning from each other,” debate coach Terry Hunt said. “The students are growing more comfortable with the format and learning the tricks of the game.”

Among the team, two students advanced to finals: junior Tony Ross advanced to semi finals in Informative Speaking and Persuasive Speaking, and sophomore Brianna Townsend advanced to quarter finals against 72 other entries in varsity-level debate.

“It’s not always a question who has the most skill, it’s who is the most motivated,” debate captain Shekhinyah Larks said. “They [Ross and Townsend] have both been able to develop a technique that reflects how far we’ve come as a team. We may technically practice individually, but at a meet, we come together and help each other succeed and advance.”

The next time debate competes will be at the district level at Georgetown.