Number of student aides to decrease

Cutbacks on number of aides positions 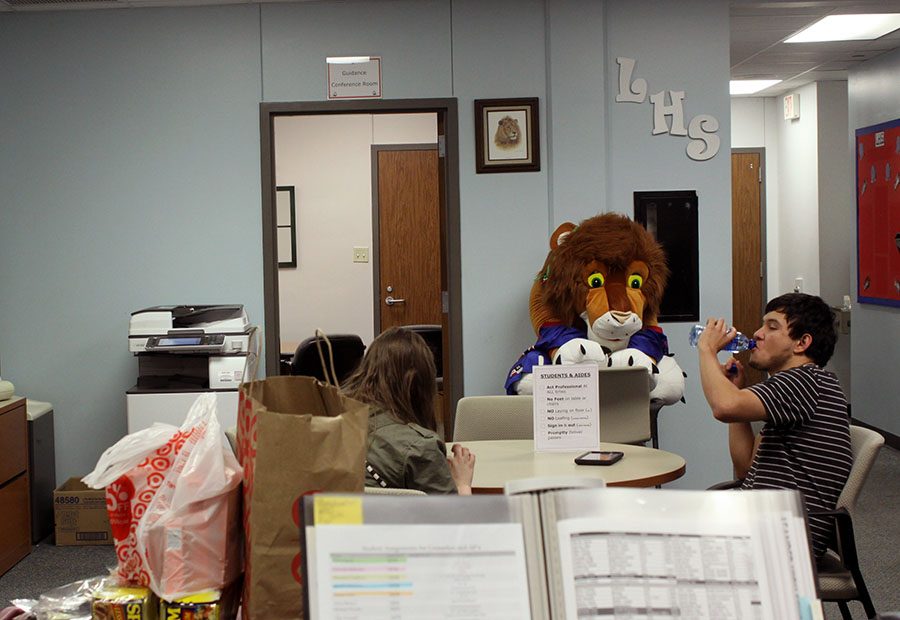 Two office aids sitting at their assigned table in the councilors office. The school cut backs would make all aid periods look similar to this, only two students at a time.

Students have seen them delivering passes and running the attendance check in, but office aides might be cut back on for next school year due to a lack of work for them to help aid with.

“When we say cut backs, what we mean is trying to keep it to 2-3 students only per office aid period,” head councilor Duane Teets said. “With five office aids in one period, it’s loud. Students tend to talk to one another and we can’t keep them busy.”

Students are put into office aid periods when their schedules don’t work. It is not a class students can sign up for.

“A student will have a half semester course and the other semester we can’t get them in a class,” Teets said. “This is when they become an office aid. Seniors only. We try to avoid this and instead put them in a leadership class. The way we select office aids shouldn’t be different and there has been no official determination has been made yet for next year.”

Feedback to this new cut back has students on different sides though. Some express the merits of having a study like period and not being in a ‘pointless’ class they did not choose for themselves.

“I transferred schools and I had extra room in my schedule,” junior Alexis Harvey said. “As an office aid I usually talk to the staff which is neat because I get to meet adults that could impact my future. As an aid you learn a lot about school, where things are and stuff. It would suck for teachers I think [with no office aids]. They are really busy and they need those students to run passes and do things for them that they don’t have time for. And those students really don’t have anything else to do.”

Other students think office aids shouldn’t be cut back on because they will be placed in classes like leadership instead of maybe getting three quarter days. There has been a deliberation though of giving Seniors off campus periods if overcrowding with office aids becomes an issue.

“I think most Juniors will be offended or aggressive because they maybe wanted three quarter days,” junior Matthew Kennedy said. “If they didn’t get them they will go to the councillors and ask why and just get themselves in a sticky situation. Not good at all. The good [about being an office aid] is that this is giving the students something to do. It develops important skills in communication and assisting others.”