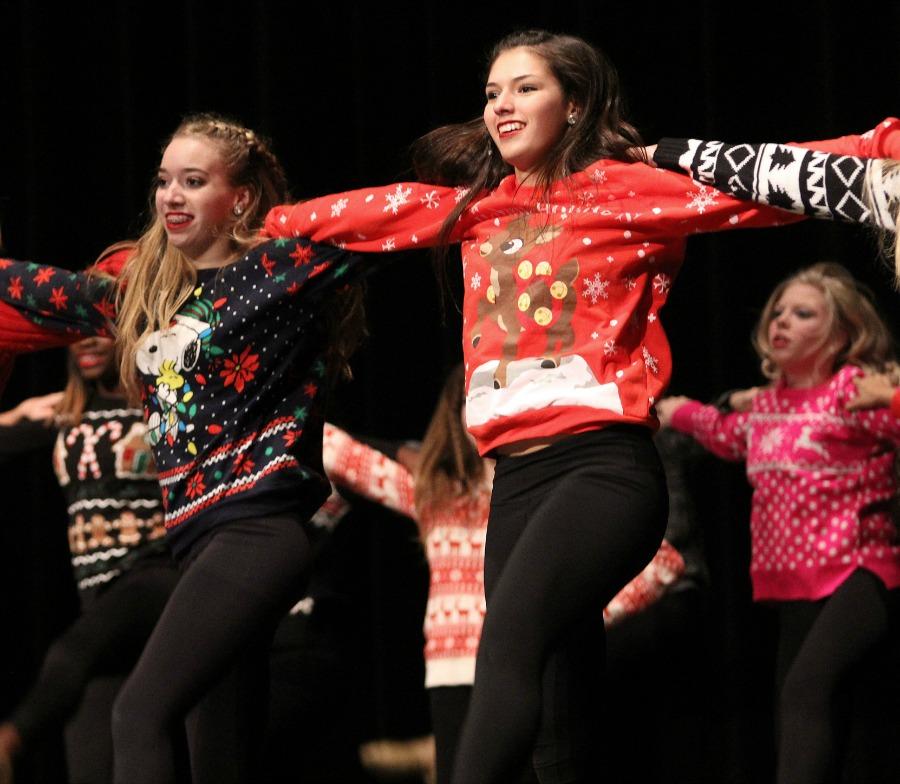 Blue Belles kicked off the holidays early by putting on their Christmas show this past weekend. This was a new tradition for the Blue Belles to raise money, and they succeeded in bringing an almost sold out show.

In the future the Blue Belles are hoping to do the show again next year around the same time, and keep the show around for many years to come.

“This is the first year that we’re starting our new tradition,” Assistant director Mrs. Wetuski said. “One of my goals is to make it two nights, and have it be where the community wants to bring their whole family.”

“I thought it was a great show because it showcased several groups that don’t normally get to perform on stage,” Wetuski said. “We had dance I kids on had never been on stage before and they just have the bug now. They’ve been coming to me like, ‘do we get to dance in the spring show too?’, it sparked a love of performing for some people. [The show] had all levels of ability and dance and it was a professionally done show.”

In spring the Blue Belles will put on their annual spring show. This year’s theme is Light it Up, and spring show dates are April 15th-18th.