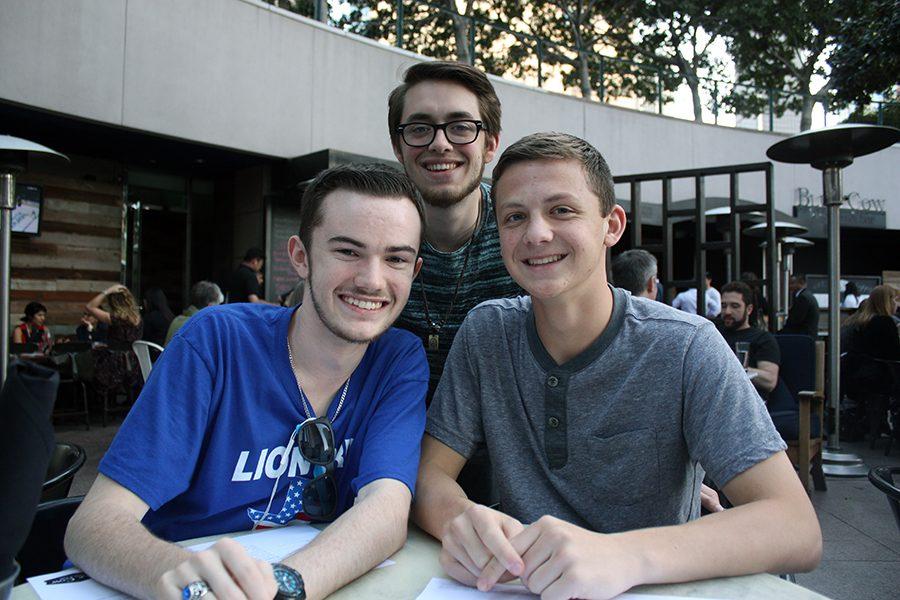 Both the yearbook and newspaper received awards last weekend. Senior editor Jack Densmore and assistant editors junior Austin Graham and sophomore Kyle Gehman all traveled to Los Angeles for the NSPA conference where they received a plaque for being Pacemaker finalists and 9th place in the Online Newspaper Best of Show contest.

“Winning this award is such a big compliment for our paper and how far we’ve come from even the beginning of the year,” Gehman said. “It’s nice to know that all our working hard has really been recognized.”

In Los Angeles, the editors of the newspaper learned about journalism, photography and many other elements of journalism.

“It was such a cool experience being able to attend the conference,” Gehman said. “I got to learn a lot from all the different journalists and classes. I hope what we learned will be able to help our staff and make our site better for our readers.”

At ILPC at the University of Texas, the entire newspaper staff received the ILPC Gold Star, the highest award for an online publication in the state. Densmore also received the Online Editor of the Year award.

“Our staff worked really hard this year,” Densmore said. “They have a lot of dedication, and we wouldn’t have won the Gold Star without their hard work and quality writing.”

“It felt pretty amazing winning our first star for the yearbook,” junior Christian Mouton said. “Before yearbook I never knew they gave an award like band with UIL. I feel like this first award will be the start of a legacy of awards for Leander’s yearbook because we’ve just been getting better and better every year.”