TikToking his way to the top 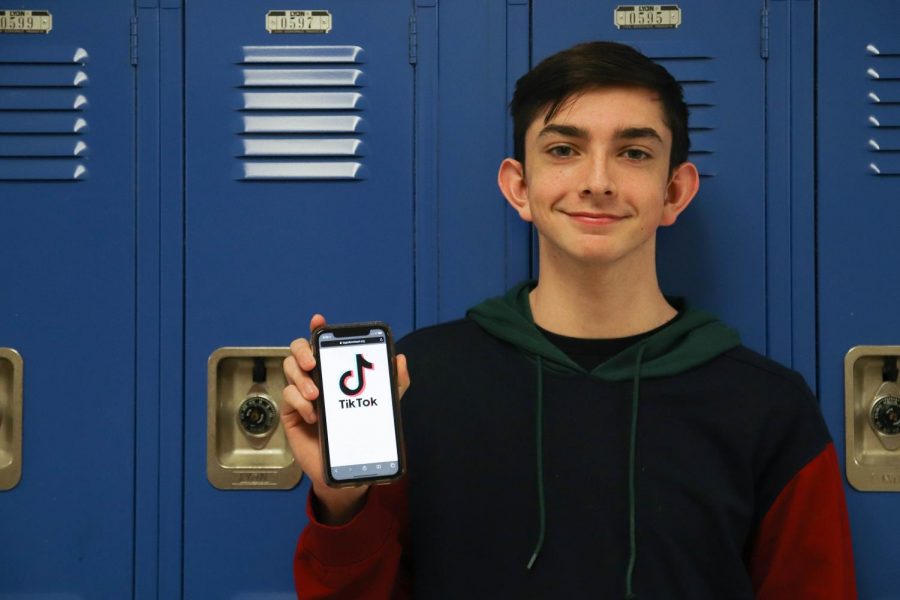 After uploading a video of him sneezing and screaming into his bathroom mirror, junior Nolan Anderson, aka “Swagzilla69” on TikTok, has gained a whopping 134.3 thousand followers.

“Honestly, I really didn’t think it was that funny in my opinion,” Anderson said. “I didn’t think it was going anywhere and then everyone started to like it so I did it more. I kind of always did it. When I was younger I used to scare my dad by making that noise. That’s where I got it from.”

Surprisingly, Anderson made his account about two or three months ago and he has already accumulated thousands, sometimes millions of views on his videos. However, he did not blow up from the start. His first TikTok was not responsible for his fame.

“It was me and my friend, Seth,” Anderson said. “We were following a trend about dancing to a certain song in clown masks. We thought it was really funny but it really wasn’t. It didn’t take off that much. It only got like 100 likes so we just started doing more TikTok videos. [Seth] told me I should scream and I was like, ‘yeah, that’s a good idea.’ So I did and that blew up 100 times more than the first video did.”

When Anderson’s popular screaming video first started to gain attention, he couldn’t take his eyes off of the screen.

“I was checking every two seconds to see how fast it would go,” Anderson said. “I was going in, going out, going in, refreshing my page, and it just kept shooting up and it ended at a really high number. A day later I posted another one and that one blew up way [more] than the first one did. It happened fast and I didn’t know how to react to it.”

Despite what others may think, Anderson never had a goal to gain a huge fanbase on TikTok.

“I had no confidence in blowing up whatsoever,” Anderson said. “I don’t do anything but the same thing. I do the same video but I guess it’s just really appealing to people [so] I just let it be.”

As a result of Anderson’s fame, he was featured on famous YouTuber Pewdiepie’s channel.

“[In the video], he was watching TikToks and he scrolled across mine and I freaked out because he’s the biggest YouTuber,” Anderson said. “I didn’t get a lot of clout from it because he didn’t [tag] me in the video so I [tagged] myself in the comments.”

However, Anderson didn’t let the opportunity pass him by when an unnamed YouTuber with three million subscribers reached out to him. The YouTuber said that people were stealing his TikTok videos and uploading them on YouTube. Anderson was offered payment for the use of his content and ended up signing a contract.

“My future with YouTube is going to grow. I think it’s going to grow a lot and I’ll start getting paid so I can just work from home, instead of having to go to a restaurant to work.”

Even though Anderson still lives the life of a regular high school kid, things around him are definitely changing.

Anderson has high hopes for his future, but he takes it one day at a time with his friends and family by his side.

“My mom and dad are somewhat proud of me, which is weird,” Anderson said. “They think I’m just weird. My sister’s okay with it, she thinks it’s funny [and] my brother’s a huge supporter because he wants me to get rich. My friends are the same. I feel the same. I feel like the same kid. I go to school every day. I go to work. I’m just the same.”