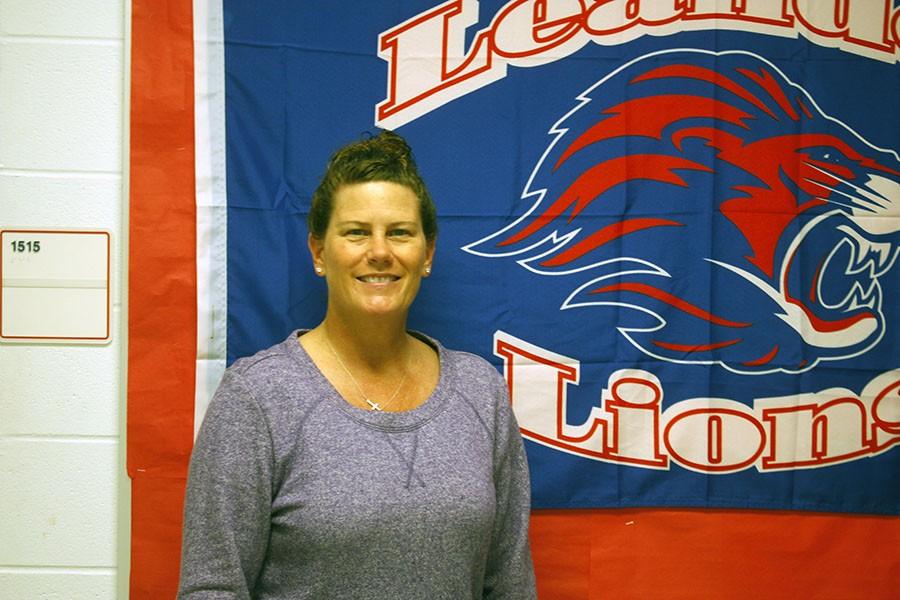 She is more than just someone you see on the sidelines filling up players water bottles or checking for injuries; she is an inspiration for everyone who will ever meet here.

One of the most inspirational, strongest, and just good hearted woman any person could ever meet is Dawn Allen, one of the athletic trainers on campus.

Mrs. Allen grew up in El Paso, Texas where her father was in the military. Because of this, they were forced to move a lot. Ironically, the last place where they ended up when her father retired was El Paso. That’s where she went to school and that’s where she studied to be a athletic trainer. In fact, she was a trainer in her high school which she started her freshman year. She graduated at the University of Texas at El Paso, then went to Ohio University to get her Master’s degree.

“As a kid even I always knew that I wanted to be a trainer, ” Mrs. Allen said. “I never thought I could ever find a job that I would like even more than helping people feel better. That’s why I was so motivated to go to college and get my degree even as a little girl.”

“It’s not because I had to, because I could decide not to do it,” Mrs. Allen said. “It’s because I wanted to prove to myself that I could do this, no matter what.”

Before working here, she worked in Odessa for seven years until she was offered the job here where she has been working for the last 16 years. According to athletic trainer Wayne Lauritzen, Mrs. Allen started the job where not as many women did this kind of work. Some people thought that a girl could not be a trainer, but people like here proved them wrong. More and more people who decide to become trainers are girls because of pioneers and idealists like her, proving that woman can do anything that a man can do.

“It’s because of her that dozens of students each year live this school that they want to pursue the same field as Mrs. Allen,” Coach Lauritzen said. “She in my opinion is one of the most inspirational people that have ever been at this school.”