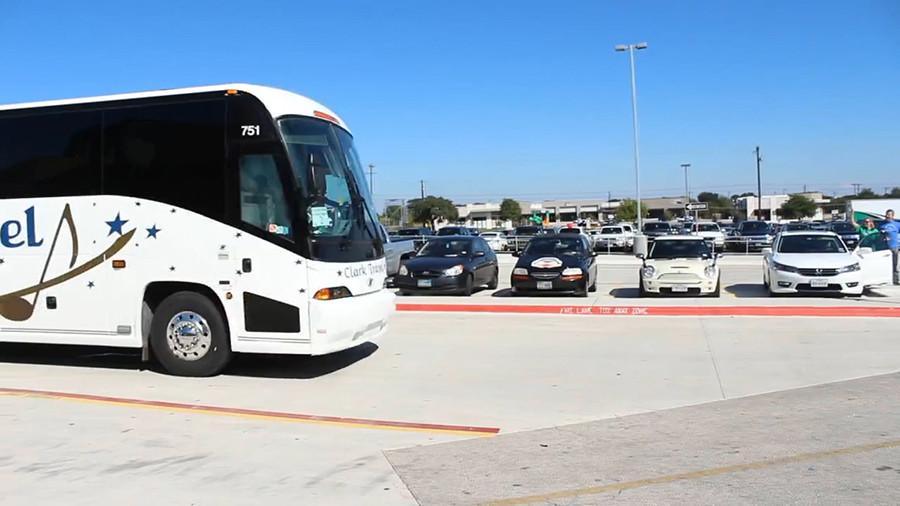 The band was sent off Tuesday for their UIL State Marching Competition. This year, the Band’s theme is “Choral Works”. It has been a long while since the band has performed for the state competition.

Blue Belles, Cheerleaders, students, and parents came out to support the band complete with signs and banners as they headed on to the Alamo Dome in San Antonio.