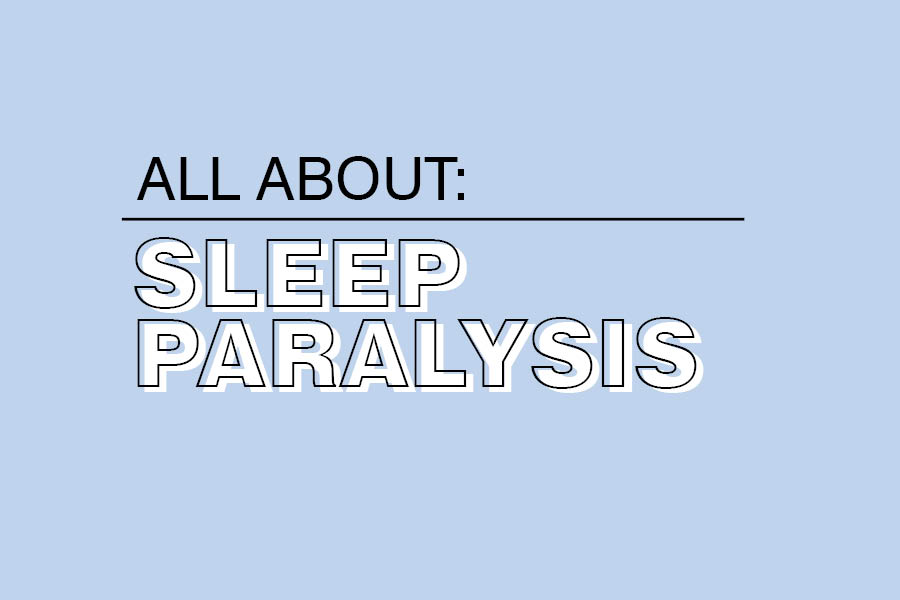 Over 3 million people struggle with sleep paralysis, a phenomenon where individuals are conscious during sleep but are unable to move.

Although occurring more in individuals with sleep apnea or narcolepsy, sleep paralysis is a very common problem that over three million people face. During sleep paralysis, an individual will experience the inability to move their body, yet they are conscious and aware that they are not able to move.

“It’s happened to me about three or four times,” junior Chloe Quinn said. “The first time was definitely the scariest because I knew consciously what was going on because I’ve read about sleep paralysis before. I had just fallen asleep really late in the night, I think it was like 3.a.m. I woke up a few minutes later, [and I] couldn’t really move my body [or] my head.”

Sleep paralysis lasts an average time of two minutes. During paralysis, people can hallucinate, often resulting in an intense adrenaline rush and an overwhelming sense of fear.

“I couldn’t move any parts of my body and where I was placed on my bed I could only see a little corner of my room,” Quinn said. “I didn’t see anything, but I did feel something sit on my bed next to me and there was a really loud wind noise in my ear. It was like I was out in the storm, and it seemed like I was like that for 30 minutes.”

Scientists and researchers have linked sleep paralysis to REM (rapid eye movement) because people enter the REM stage when they are falling into or out of the sleep cycle. This paralyzes one’s muscles so they don’t act out their dreams.

“When I had woken up from it, I was freaking out because It had never happened to me before,” Quinn said. “My heart was racing a lot and I automatically got on my phone and looked up sleep paralysis again because it had just happened to me. I was up for the rest of the night and I couldn’t fall back asleep because I was afraid it was going to happen again.”

Sleep paralysis is more commonly linked to teenagers, however, it can occur in anyone.  Despite this, individuals can be more susceptible to it from a lack of sleep, sleeping on their back, changing their sleep schedule, using certain medications or abusing substances.

“I think I got it because of the lack of sleep I had,” Quinn said. “I have a really bad sleep schedule and I never sleep too much. It was during the summer when I got it too, and my sleep schedule was really messed up.  I was maybe like sleeping three or four hours every night.”

“It’s really just like staying calm,” Quinn said. “The first time I got it  I was freaking out and I had like a bunch of thoughts in my head, and I think that is why I hallucinated because I was freaking out so much. [Now] when I have it I’m just like ‘ok, doing this again,’ and I just let it happen.”