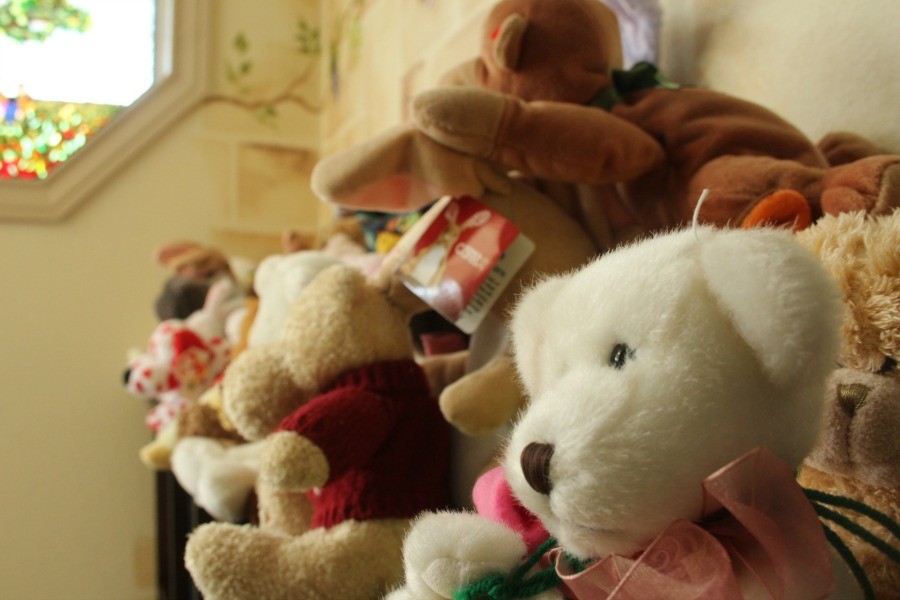 A collection of stuffed animals the center uses in therapy. This helps to provide a sense of not being alone to a child or adolescent in interviews.

Stationed in a 1300 sq.ft converted house, the Williamson County Children’s Advocacy Center was founded in 1997 and created for the service of victims of child abuse from birth to the age of 17. With as many as 55 or more cases per month, the center provides a child friendly and secure place to discuss and reduce the trauma caused by sexual, physical, or mental abuse with the help of professional agencies such as 11 police stations, the sheriff’s office and CPS.

“Some kids that come in here, they literally have nothing,” Outreach Coordinator Amy Callaway said. “They’ve never owned a toy, their family just cannot afford those extras. We’ve even had people who were higher ups in companies that are abusing their own children at home yet they live in a huge mansion and drive a fancy car. They’ll smooth talk you and try to make you think that they’re not capable with that. It goes across all different kinds of time spans.”

Using a technique called trauma focused cognitive behavioral therapy to prompt behavioral changes through the use of focusing a negative feeling on a positive activity, the CAC also uses artwork, stuffed animals and blankets and individual therapy to encourage their patients until a child is ready to open up about the situation. Having worked at the center since October 2012, Callaway has used this technique continuously and has discovered many positives in working in an environment that focuses on abuse.

“There are things in this building that I can’t even explain the feeling that you see,” Callaway said. “When kids usually come in for their interviews, they’re scared to death. They don’t want anybody to be put in jail because it’s usually a family member. They’ll tell us to screw ourselves, I don’t want your help, but by the time they’re done with their interview, they’re like, ‘I’m really sorry I called you names and told you to go screw yourself.’ And they’ll come and hug me and I’m like, how did we go from disrespectful rude to ‘thank you for helping me.’ And when people get put behind bars and kids can sleep peacefully at night, that’s the thing I live for.”

The center also provides educational tours from the times of 8a.m-5p.m to discuss the behavior, attributes, and conditions of today’s sexual abuse victims and how it could be prevented or reported. In a tour she gave to PALS, she also discusses the effect the center has on teenagers and adolescents.

“My experience at the center was very knowledgeable and informative,” junior Danielle Ciapi said. “I think it would be really beneficial for Amy to speak to our school not only for those people who need to hear what she says for themselves but for others. It would most likely help a lot of students out with struggles they might be having.”

For the three and a half years Callaway has been working at WCCAC, she feels that students in LISD would benefit strongly with an hour long tour throughout the center.

“I feel that people can learn how to keep themselves and other people safe by having a training from us here at the WCCAC,” Callaway said. “This training teaches teens that abuse is never okay, and that if someone is being abused, they should speak up. There is help out there for those who have had something happen, and there are people who will believe them and take action to ensure their safety. This training also helps empower those who have been victimized to speak up so that they can get the help that they need and to keep others from being victimized by the same person who has hurt them.”

The WCCAC is always willing to accept donations of peanut-free snacks, water bottles, good condition stuffed animals and blankets to support the children that come in and the staff and is located at 1811 Southeast Inner Loop Georgetown, Texas 78626.