Trail of lights brings up controversy with paid tickets this year 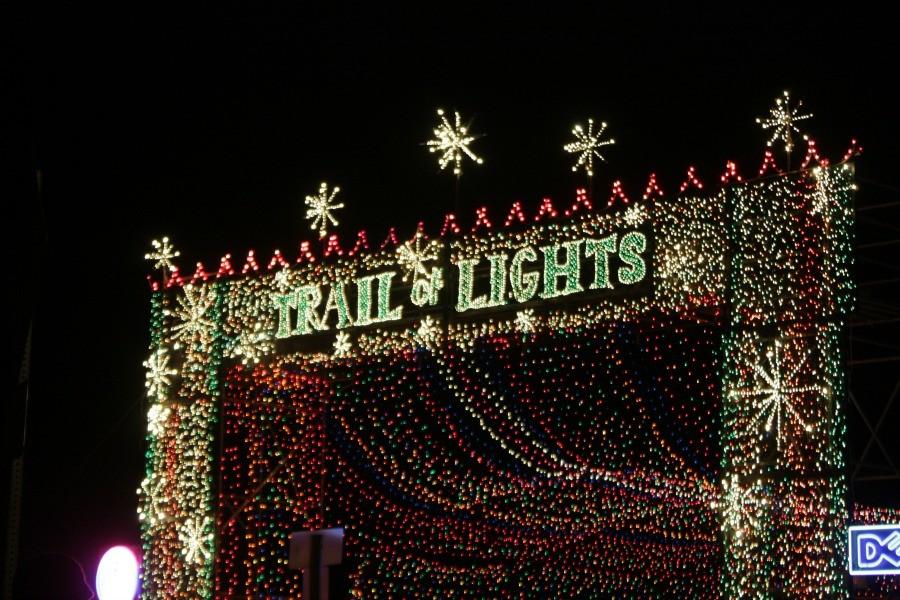 One of the signs decorated with lights as far as the eye can see. You can purchase tickets for $3 a person.

One of the many traditions Austinites partake in is the Trail of Lights, an attraction that takes visitors around trees and a trail adorned with bright green, red, and white lights. In 2015, they are charging $3 from December 16-22 for ages 12 and up. Because of this, and the larger scale of the event, some people are saying it’s over commercialized. Some people, like freshman Edward Lopez, don’t see it like that.

“I don’t think it is [commercialised],” Lopez said. “It’s not like they are overdoing it.”

There are people, like senior Joey Garcia, who don’t get the appeal of the event.

“Honestly, I put it in the same vein as ‘Call of Duty’ it’s nice, and I see why people like it, but it’s very overrated and certainly not necessary.” Garcia said. “Especially when people pay to go to the trail, when they can just as easily find it on YouTube and get the same effect.”

The Tail of Lights first began in 1965 as a small gathering known as Yule Fest from the Austin Parks and Recreation Department. In 2014, more than 400,000 people visited Trail of Lights and it’s now nationally recognized.

And students like junior Megan Crowder can see why it’s the way it is.

“It’s a cool event and all, but it’s an annual thing,” Crowder said. “It’s more of a family thing and that’s probably why it’s commercialized.”