Festival of the Bands 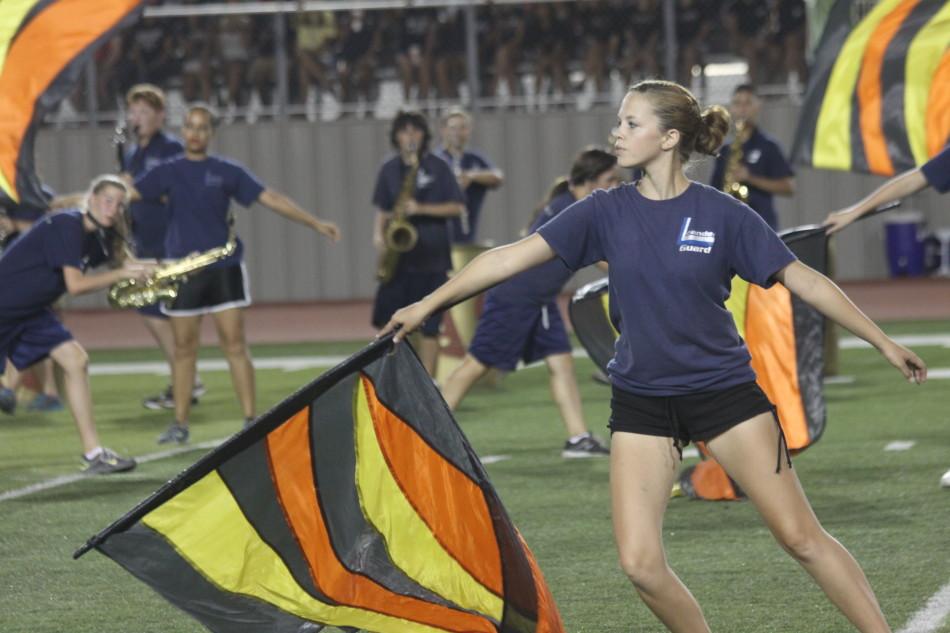 The Leander High School Band is performing in the annual Festival of Bands this Monday, September 24. The festival starts at 6:30 pm and the Leander band is supposed to perform around 8:10. Tickets are $3 for children and $5 for adults; all proceeds will go to helping low income families in fine arts programs.
This year, the theme of the marching show is “The Ritual.” The band has prepared a fantastic show you won’t want to miss!
When asked about the expectations for the festival, band director, Mr. Gundersen said; “You can expect a great performance from our students, we’re going to be the last showcased band and we’re going to have all three of our productions entitled the “Ritual”. Following us, the UT band will be performing for exhibition, that’s going to be really cool to have our band right there on the sidelines observing.”
The LHS band is also excited to see some Leander band graduates perform with the Longhorn band.
“The UT band is awesome, I love their band, they’re so cool, and Kevin’s going to be there; he went to Leander last year!” Jamyelle Tanksley, sophomore, flute player said.
Leander band has also spent many long hours putting together their show, and making props. Not only do they practice 8 hours during the week (plus providing fantastic music for football games), but band members came to school over the summer to create their show. That’s a lot of dedication!
However, the band’s hard work pays off, drum majors, Dayana Bucarello and Claudia McCoy said, “We sound way better than last year already, and we’re learning things more efficiently too.”