Get the facts straight: Australian bushfires

What's going on and how to help 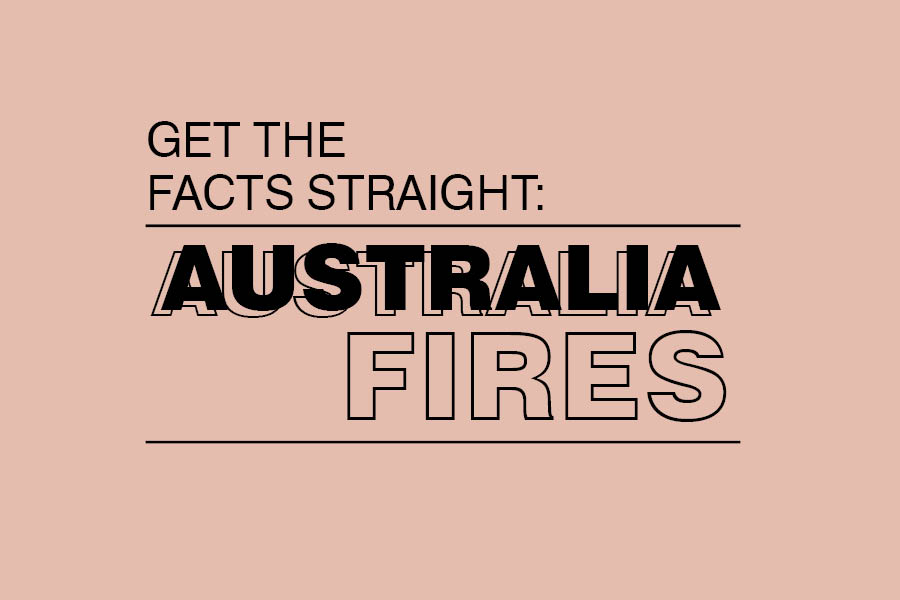 The bushfires in Australia began Nov. 8, and have since burned 18 million acres of land.

Twenty American firefighters were sent to help with the fires in Australia on Jan. 6. They are experienced firefighters who helped in the California fires. Dozens more will be sent to Australia in the following weeks. Canada and New Zealand have also provided assistance as well. Already, there are approximately 2,700 firefighters in Australia.

How did the fires start?

Every year Australia has a fire season caused by dry air, heat and natural occurrences like lightning. However, this year Australia is having one of the worst droughts in decades so the fires are more extreme. There have also been multiple accounts of arson, with 24 people being charged with intentionally starting bushfires. Since Nov. 8, 183 people have been charged with fire-related offenses.

So far, over 18 million acres have burned, which is seven times more than what burned in California this past year. It is also more than the 17.5 million acres that burned in the Amazon rainforest fires. Over a billion animals have been killed in the fires So far 27 people have died and over 2,000 homes have either been destroyed or damaged. The smoke has made cities like Sydney declare the air quality to be 11 times the “hazardous” level.

Australia has just entered its annual fire season, meaning it could be months before there is any sort of relief. However, there are still ways to help the effort. One way to help is to donate money to various organizations focusing on victim relief, firefighter support and wildlife rescue and treatment.

Organizations that focus on victim relief are the Australian Red Cross, Salvation Army Australia and St. Vincent de Paul Society Australia. There is also Save the Children, which is an organization working to create a space for kids to talk about what they’ve been through and get support. To help support firefighters, donations are being accepted at the Country Fire Authority (CFA) for firefighters in Victoria. Also, there is the NSW Rural Service for firefighters in New South Wales. To help with wildlife, donate money to WIRES, Port Macquarie Koala Hospital or Currumbin Wildlife Hospital.

Organizations such as the Australian nonprofit GIVIT are accepting donations of specific items that charities need for those who don’t feel comfortable donating money. However, they do still accept monetary donations.