Get the facts straight: Vaping 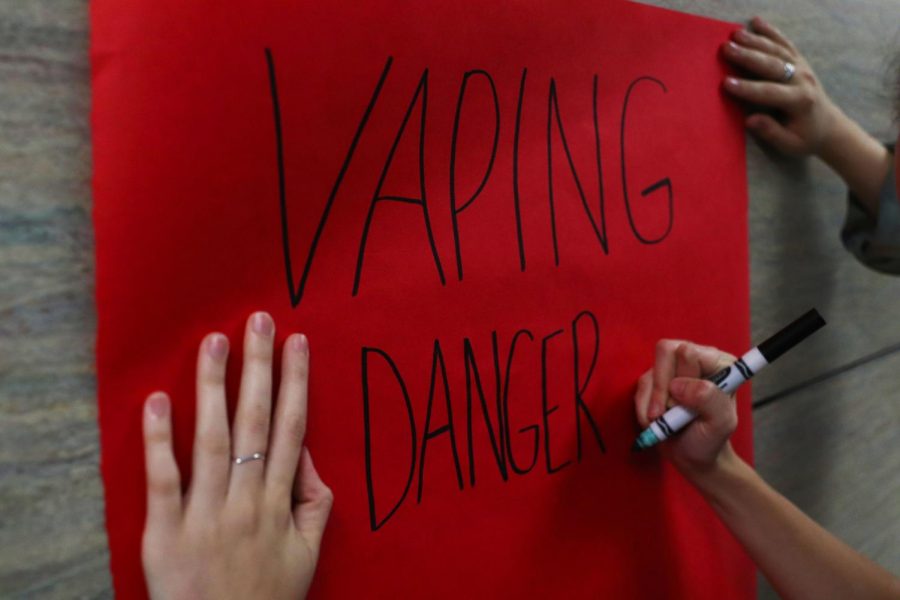 by Rachel Oliver, Co-Editor in Chief

As of Sept. 16, seven people have died from illnesses and lung injuries developed from vaping. The US Centers for Disease Control and Prevention released a statement on Sept. 12, warning to stop the use of any e-cigarette device.

E-cigarettes heat up oil which turns into an aerosol that the user inhales. The oil can contain either nicotine or THC. Molecules from the gas are passed directly into the user’s blood and take effect within seconds.

Why are people dying?

There have been 380 cases of lung injuries and illnesses caused by using both nicotine and THC vapes, however, there is not yet a known cause of these illnesses. The CDC said it could be due to a multitude of factors: either contaminants, ingredients or the device itself.

What is the government doing about it?

The Trump administration, along with top health officials, is working toward having the FDA ban flavored e-cigarettes and nicotine pods. On Sept. 18, Michigan was the first state to ban sales of flavored e-cigarettes. In addition, California is trying to raise taxes on e-cigarette pods and is launching a $20 million ad campaign advocating the dangers of vaping.

What are we doing about it?

Seniors Olivia Rutherford and Hannah Dowding, with the help of economics teacher Jeremy Fry and his classes, are putting posters around the school and in the bathrooms warning against the dangers of vaping. Rutherford and Dowding have met with graphic design classes to recruit help to make posters as well.

“We [want to] raise awareness for the dangers caused by vaping,” Rutherford said. “Hopefully kids will see that and maybe it will lead them to do their own research and realize that [vaping] is harmful for their bodies.”