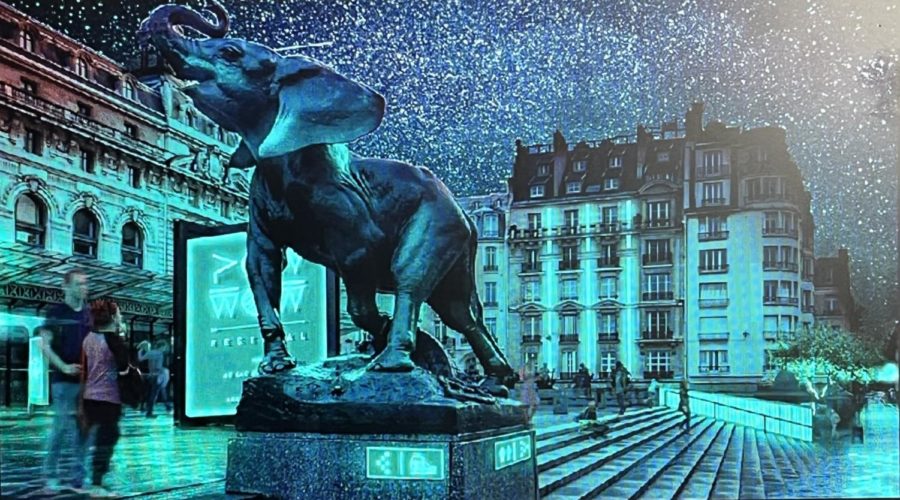 I can’t be the only one who’s tired of seeing so many negative things in the news. Because though there are bad things happening, there’s also so much good. So… let’s take a collective break from the usual news and get a dose of serotonin, as I geek out about the latest scientific discoveries around the world.

Yup, you read that right. Bioluminescence, the process through which living organisms create light, is being used to power street lights in France. The French start-up Glowee is lighting the streets of Rambouillet with football-sized tubes of marine bacteria. When oxygen is passed through these tubes, an enzyme in the bacteria, luciferase, creates about 15 lumens of light, while a standard LED emits about 800. Though this is well below the EU’s standards for minimum street light illumination, the EU offers insane amounts of funding to carbon neutral projects like this, so I wouldn’t be surprised if they became more common.

Bright colors are usually used to either attract mates or warn predators that an animal is poisonous. But in some cases, as with the nonpoisonous jewel beetle researchers at the University of Bristol studied, bright colors exist in both sexes of some species. They theorized that these bright colors actually help the beetles blend in on shiny leaves. And it turns out that both birds and humans have trouble spotting iridescent beetles in forest environments. Well… the more you know!

From now until the middle of July, Mercury, Venus, Mars, Jupiter, and Saturn will be lined up in the sky, clustering in the southeast. They’ll all be lined up and visible around the middle of June, though it may take longer in hilly or urban areas. I hate to say this, but the best time to see them is about 45 minutes before sunrise. So if you’re the kind of person who likes waking up early, keep an eye on the southeast for the next few months. Just make sure you’re watching planets, not stars. (Stars twinkle, planets don’t).

Why are Dogs Cute?

Well, it starts with the fact that a dog’s facial muscles are more similar to those of humans than to those of wolves. Over the years, we’ve selectively bred dogs that had facial features and expressions that were similar to ours. Scientists believe this was because similar facial expressions allowed for better communication between humans and dogs, and created a mutual survival advantage. This is also why, sometimes, your dog understands you better than you do.

Gasteranthus extinctus, a neon-orange Ecuadorian flower once thought to be extinct, due to extensive deforestation, has been rediscovered in the rainforests of Centinela. Though more than 97 percent of the forests in the western region of Ecuador have been destroyed, this rediscovery offers newfound hope for the region’s biodiversity.