Police Department works with the football team to give kids toys 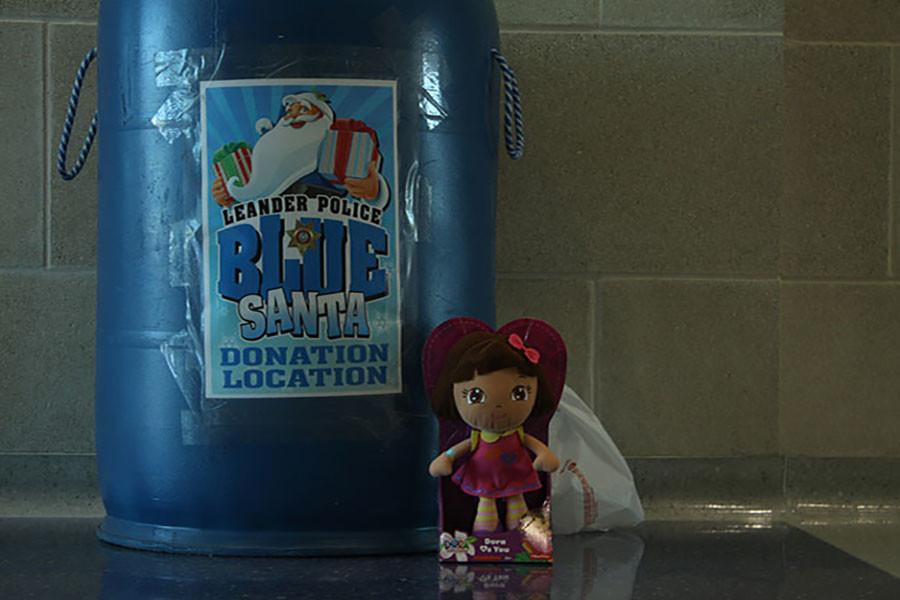 The school's Blue Santa barrel with one of the toys donated sitting next to it. The charity ends at December 18th with the hope to give kids in need toys.

Blue barrels scattered around the nation, becoming destinations for many toys that will later be in the care of a loving child. Operation Blue Santa is a nationwide charity that the police departments do every year to make sure every child gets a toy this holiday season. Police officer lieutenant Bruce Trzeciak has high hopes for the charity this year.

“Last year we helped approx 500 families with 2500 kids,” Trzeciak said. “We anticipate a little more than that this year.”

The Lion football team this year is putting their helmet into the ring for the first time to help the children. Senior Jacob Potter explains how they do things differently than a barrel.

“We drop our stuff off to Coach Smith,” Potter said. “I think he is a middleman between us and the PD.”

He has a strong opinion about the charity they’re doing. They have been going on for a few weeks and end on Friday.

“We’re giving kids a Christmas,” Potter said. “Giving the experience to kids and being a positive example to the community. It’s a combined effort from everyone.”