In order to build their structures, Mr. Genty’s students are allowed to use one box of toothpicks and six sticks of hot glue per egg. Ultimately, the eggs drop from the top of the stands at Bible Stadium. The students that can keep their egg from breaking are given full credit. All others are given any grade up to a 90.

“The success rate for my classes is usually about 25% to 30%. Overall, I think this year went well,” said Genty

During Mr. Genty’s third period class, student Zack Springer managed to keep his egg unharmed. Springer’s plan was to create a parachute for the egg, unlike the majority of his classmates who tried to enclose their eggs in a box-like construction.

“He did well; I was impressed,” said Genty

Zack was the only Student so succeed in his class, possibly because of his unique structure, but no matter the outcome, students has nothing but positive things to say about the experiment. Overall “Mr. Genty’s egg drop” is an experiment to look forward to. 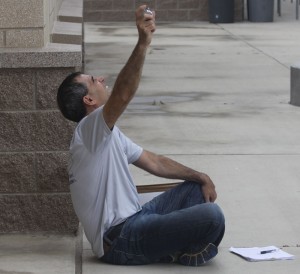 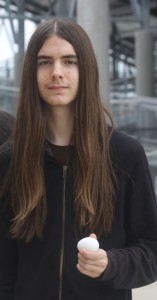